Afghan Sauteed Pumpkin (Kadu Bouranee) is one of the most known dishes outside the country. Pumpkin or butternut squash is cooked in spices and served with the amazing yogurt garlic sauce. So good and so easy to make! 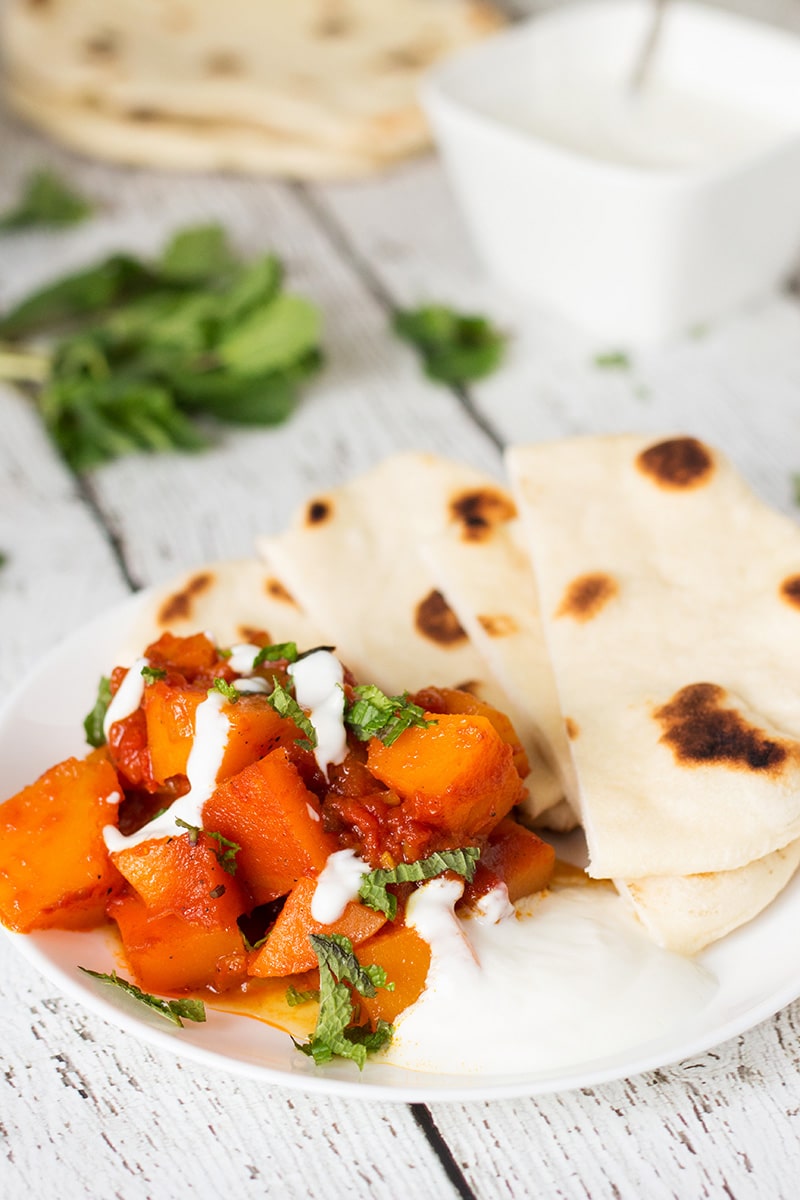 A few days ago I spun my old well-worn desk globe (got it as a birthday present when I was 6 years old, and YEAH back then kids were interested in exploring the world instead of spending all the time on the internet, shocker!) and my finger landed on exotic Afghanistan. It’s one of those countries we hear about everyday on the news, most of which are not cheerful. However, this time we will talk about something beautiful, the thing that unites nations all around the world – food.

Afghan cuisine offers a wide variety of finger-biting-good dishes such as Qabili Palau, Korma, Bolani, Aushak and many others but I wanted something different. While browsing the blog of the amazing Humaira Ghilzai about Afghan culture, I came across this sweet and savory pumpkin dish called Borani Kadoo, Kadu Bouranee or Borani Kadu. I think it’s still not a complete list of spellings but I give up already, guys and gals. These are the most popular ones. 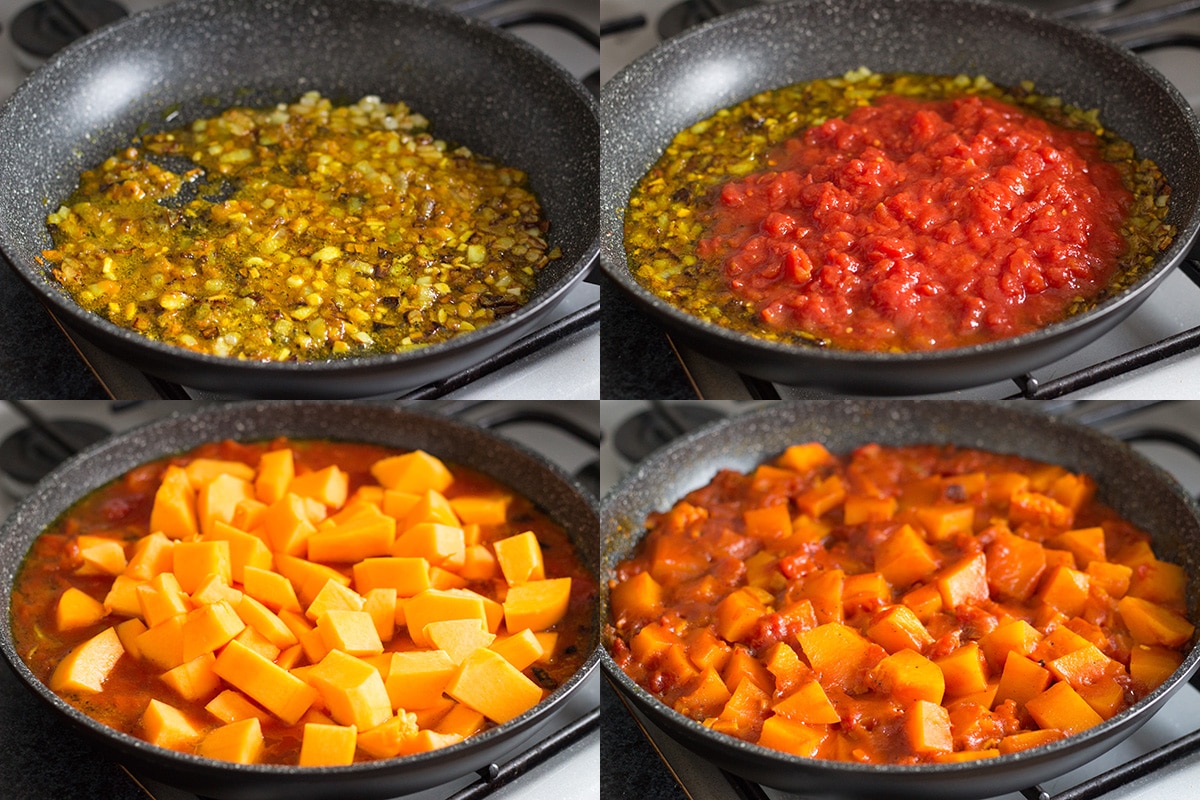 Kadu or Kadoo means pumpkin, while Borani or Bouranee refers to yogurt based appetizer or dip. Simple as that. This Afghan pumpkin recipe became popular in Western countries only in the last decade. It was brought by U.S. and European soldiers who were mesmerized by the taste of this simple, yet comforting dish. It is said that it was their favorite local food. I am not surprised at all. 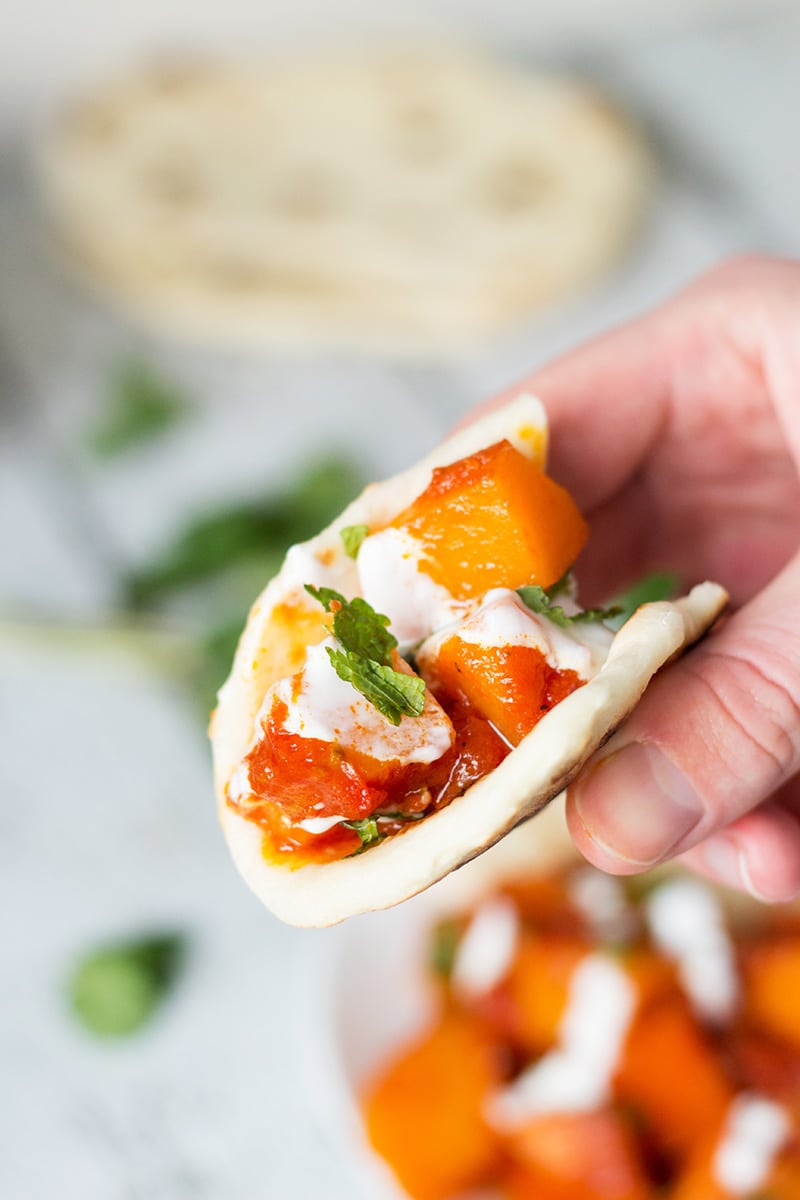 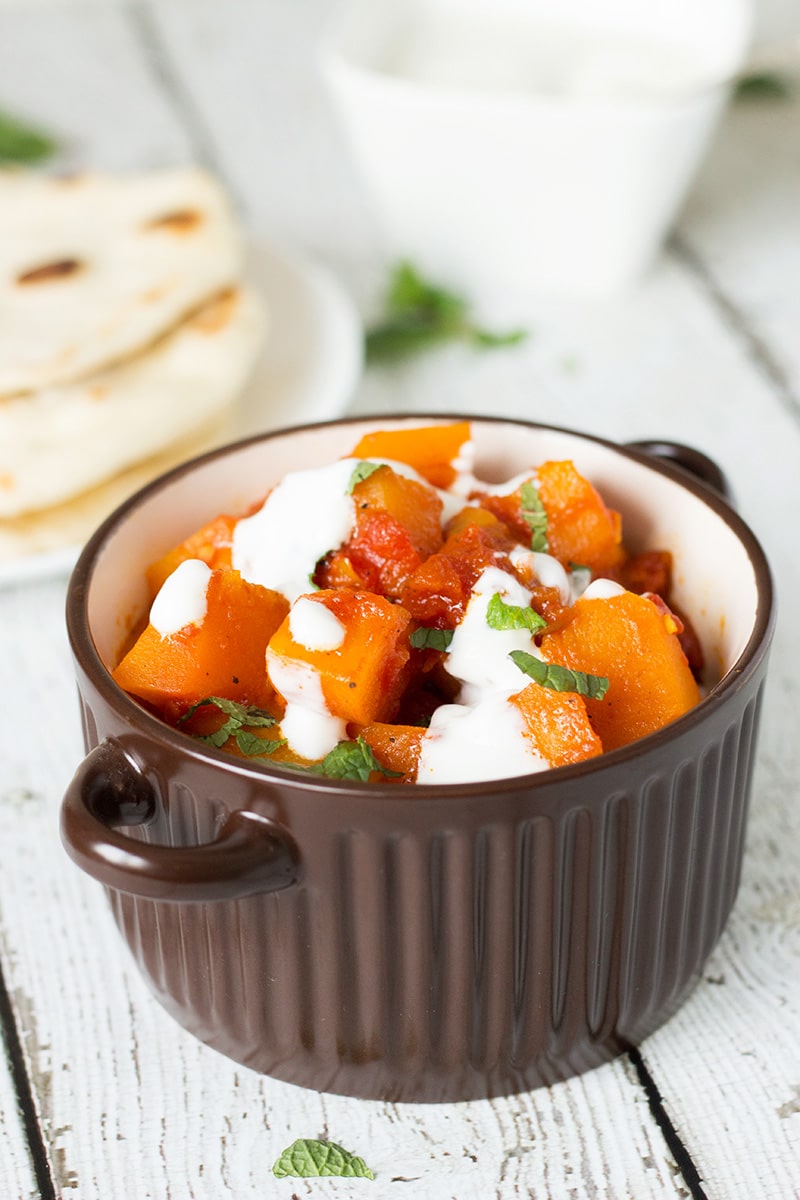 In the Afghani restaurants based in the US and Europe Kadu Bouranee is sometimes served hot with some sort of meat sauce but in Afghanistan, the vegetarian version of the dish is preferred. They serve it as an appetizer hot or cold, usually with Naan bread.