This Greek Lemon Rice Soup (Avgolemono) is not your ordinary comforting soup. Light and creamy, each bowl contains tender chicken, rice, and is packed with lemon-y flavor! 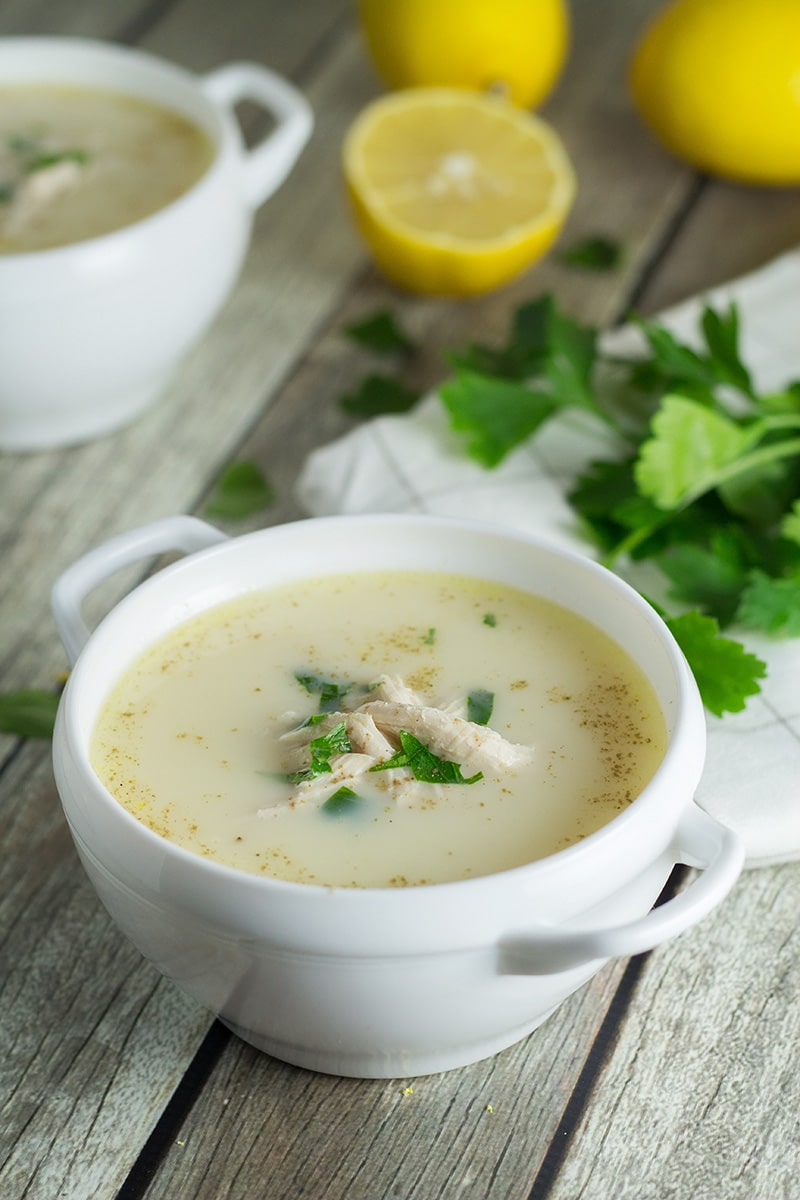 Let’s play a game. Guess the country! This country has more than 2000 islands and the largest coastline in Europe. Any guesses? With the sun shining more than 250 days a year, people are spoiled by a warm climate there. They are relaxed, laid back and just enjoying life at its fullest. Still no versions? The last fact will make it clear as a blue sky on a beautiful sunny day. This country has one of the richest if not the richest history in the whole world. It is considered to be the birthplace of politics, democracy, Western literature… Yup, it’s Greece!

Everybody loves Greece. Unfortunately, I have never been there yet but I DO already know that it’s a true paradise. That’s why it’s on my bucket list and I am sure that my feet will step on the Greek soil sooner or later. But for now, let’s travel there from the kitchen by making the famous Greek lemon rice soup called Avgolemono. Avgolemono means “egg and lemon” in Greek. No wonder, considering that the star of this soup is the lemon-egg sauce which defines the taste of the dish. 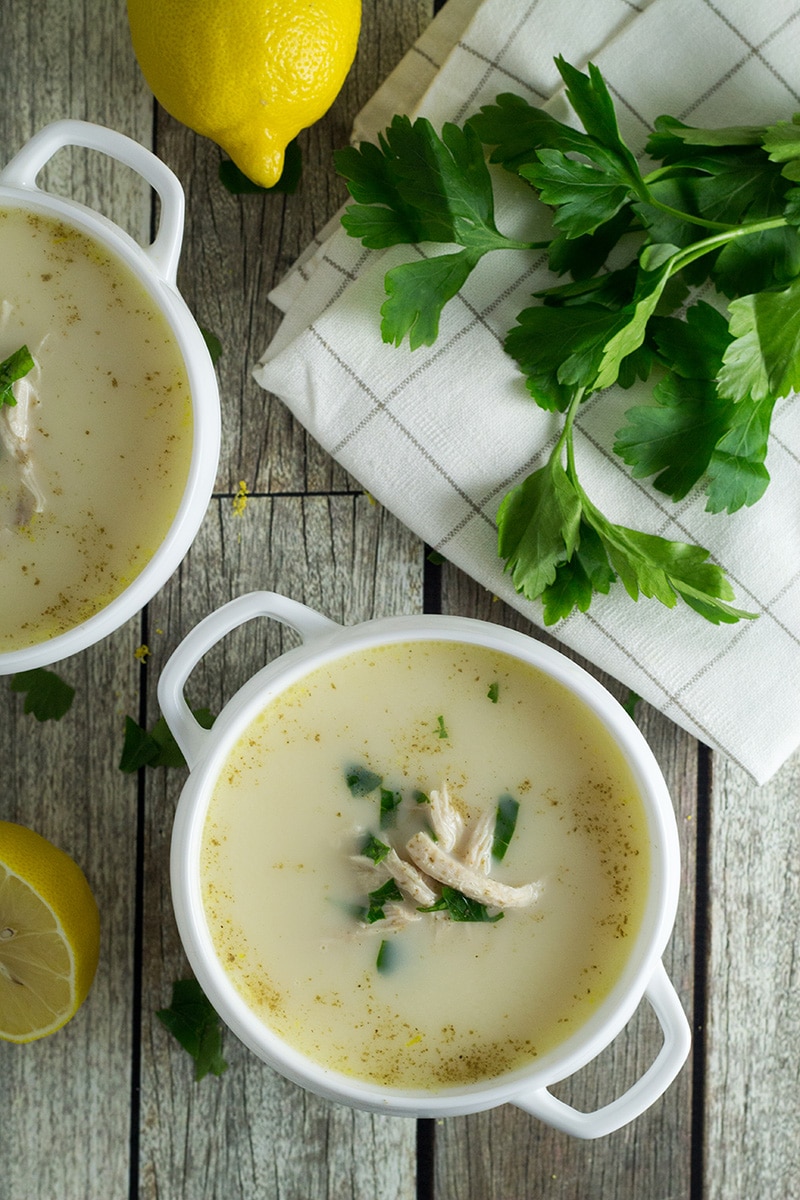 There are two ways to make Avgolemono. Either you make a stock from scratch or use a store bought one. Giving that it’s impossible to find a liquid stock in my country, I had no other choice than to make my own. Maybe in this particular case, for the sake of authenticity, I would do a stock from scratch anyway, but it sucks not to have an opportunity to buy a normal one. Our supermarkets offer only stock cubes, which you have to dissolve in water. Hate them.

Actually, I was looking for an excuse to make a chicken stock for a while, after reading this amazing and detailed article on topic. Serious Eats nailed it, as always. I’ve followed all their recommendations: meat and water ratio, cooking time, aromatics. The article suggested to use chicken wings for a stock but I’ve used 1 lb wings + 1 lb chicken breast. The things is we will need shredded chicken for the soup so it was logical to do that. If you will use a store-bought stock, you will have to cook chicken beforehand. 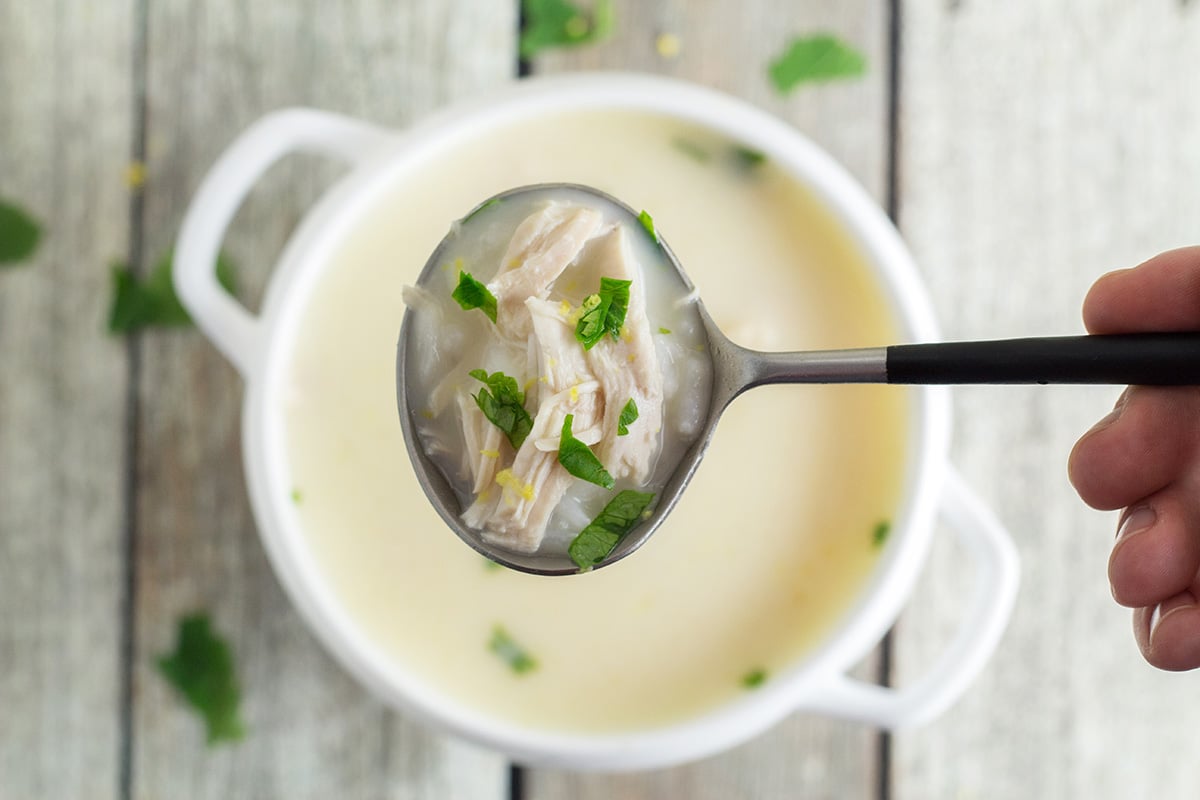 This lemon rice soup has exceeded my expectations. One lemon, few eggs, and your plain chicken soup transforms to something bright, both look wise and taste wise! Avgolemono reminds me a popular in my country sorrel soup a little bit. Lovely!

For the chicken stock: