Puerto Rican Sofrito is something you badly need if you want to explore the cuisine of this beautiful Caribbean country. This aromatic flavoring made with cilantro, bell peppers, garlic, and onion is added everywhere! 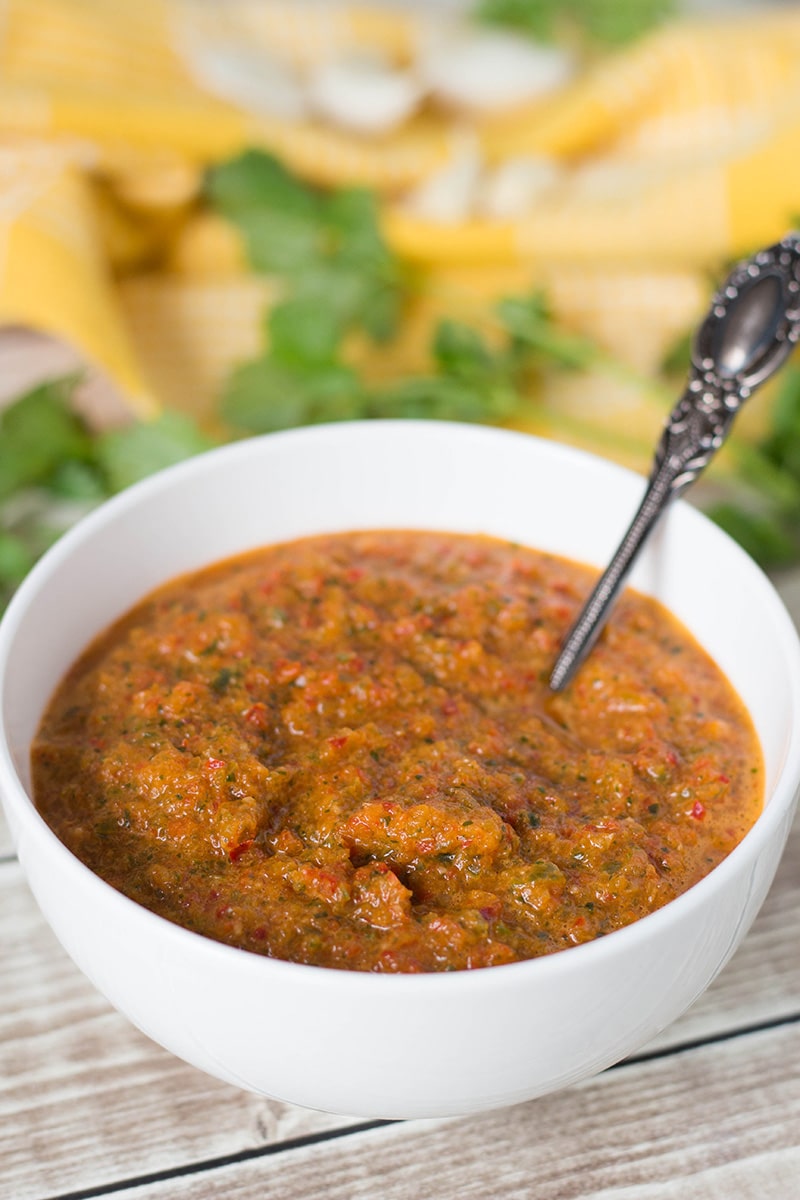 I didn’t know too much about Puerto Rico, let alone the cuisine of this country, until recently. All my knowledge was limited to the sports world, where I saw the national Puerto Rico basketball team doing some awesome things few years ago. Basketball is our second religion (I’m from Lithuania), so we are really crazy about it. Apart from that Puerto Rico was just a country with an exotic name to me. Oh, I did know that it’s in the Caribbean. However, all this changed when I bought an old book called “Puerto Rican Cuisine in America” by Oswald Rivera. It wasn’t a coincidence, I was particularly looking for the best book on Puerto Rican cuisine (because I love exploring new cuisines all the time) and judging by the reviews this one was the best. 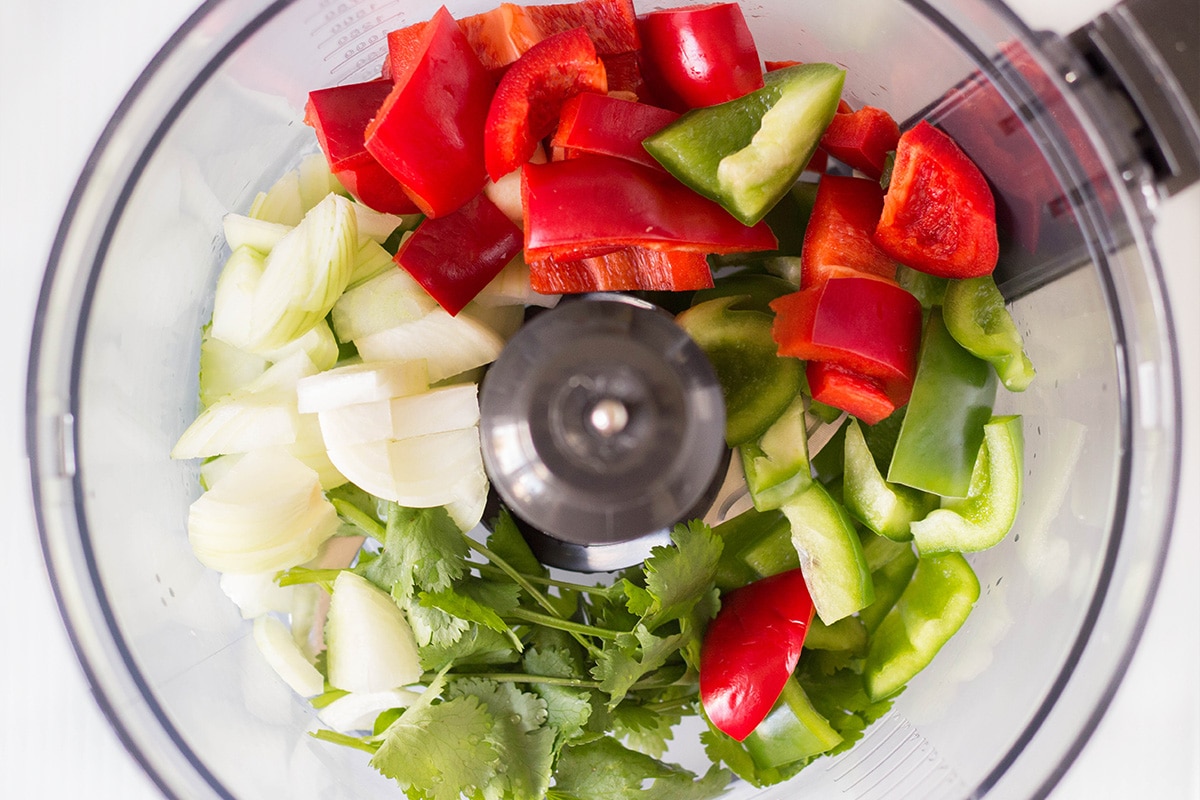 The book is really awesome. I’ve already made like five recipes from it, and all of them were great. For a big part of Puerto Rican recipes you will need one magical thing – Sofrito. It’s like a foundation, a flavoring that’s added to many dishes coming from this Caribbean country. Oswald Rivera, in his book, says that the main difference between Puerto Rican and American cuisines is three things: sofrito, adobo, and achiote. Adobo is a seasoning, achiote is for coloring, and sofrito, as I have already mentioned, is a flavoring. Let’s prepare it! 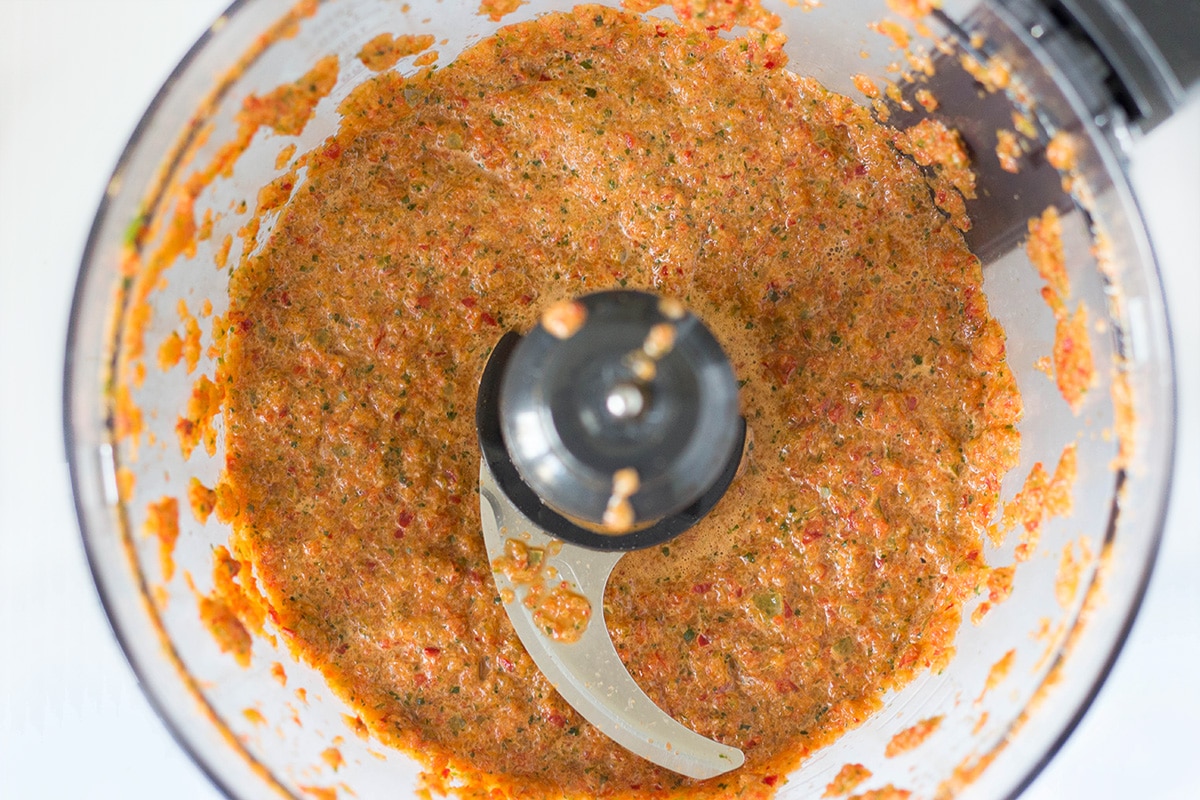 So, alright, sofrito is a base added to numerous Puerto Rican dishes, but what it consists of? Basically, it’s a mix of peppers, cilantro, garlic, onion, and vegetable oil. All the ingredients are processed in a blender until smooth and voila – you have a flavorful sauce, which you can add to various dishes.

Actually, the authentic ingredients are a little bit different. Puerto Rican sofrito usually includes culantro (also called recao) and no, it’s not another way to spell cilantro, it’s just a different herb. These two are cousins though, and their tastes are comparable. It’s impossible to find culantro in my country, but after a little research I found out that it’s perfectly fine to substitute it with accessible-everywhere cilantro. The authentic recipe also asks for Aji Dulce peppers, but I substituted them with a red bell pepper. 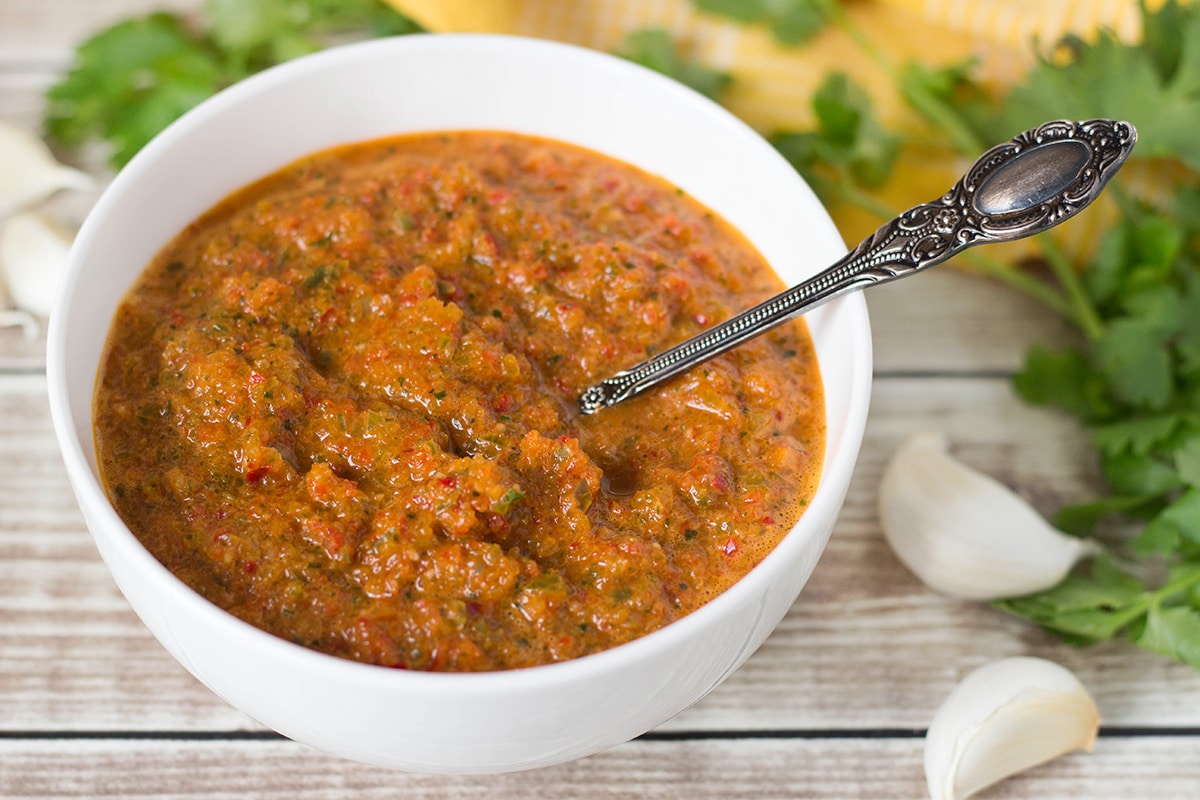 The end result is fantastic. Puerto Rican sofrito is a flavor bomb that you can add everywhere you want to. The combination of cilantro, bell peppers, garlic, and onion is so simple yet so good. You know what else I like about this sofrito? It can be frozen and kept in your freezer indefinitely! Just use an ice cube tray for the smaller portions and that’s it!

Only 5 minutes with a blender and you have this aromatic Puerto Rican flavoring which can be added to various dishes of this Caribbean country!
5 from 5 votes
Print Pin Rate
Prep Time: 5 minutes
Total Time: 5 minutes
Servings: 1 cup
Calories: 250kcal
Author: CookingTheGlobe