Drunken noodles or Pad Kee Mao is a popular Thai dish consisting of rice noodles, chicken, and veggies. Despite the name, it’s totally alcohol-free. Takes only 20 minutes to make it! 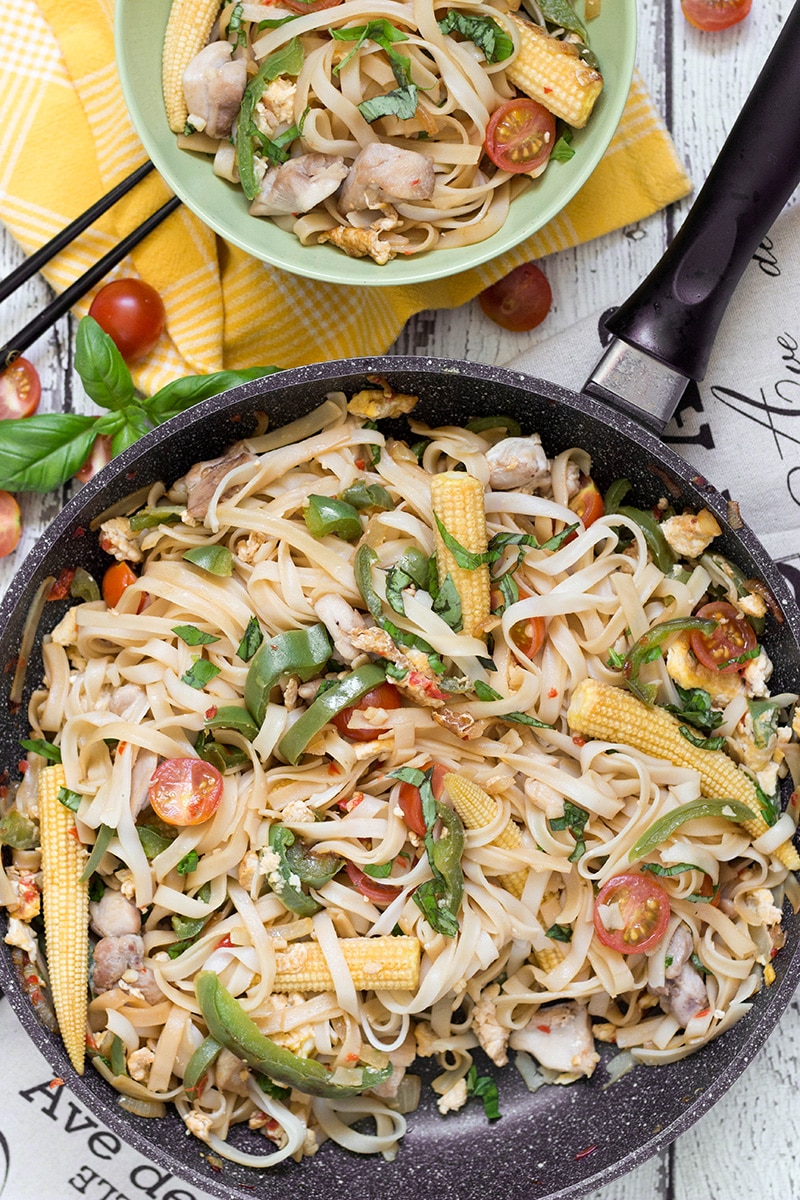 I love dishes with a thrilling story behind them. It can be an unusual name determined by some circumstances or an interesting story of origin. Such facts make the dish more enticing to eat, plus they always come in handy when you serve the food to your guests! That’s my little secret on how to make my friends and family get excited about the dish even before tasting it. Shh… Don’t tell anyone!

Thai Drunken Noodles I made today is one of those dishes. The name is really intriguing and looks like the one having a badass story, right? You bet! In Thai, these noodles are called Pad Kee Mao (kee mao literally means drunkard). This dish was brought to Thailand by Chinese people many years ago. Today it’s really popular not only in Thailand but also abroad. I believe many of you have tried drunken noodles before, but in my life, they appeared only a week ago. After making 3 successful batches in a row, there were no doubts left about sharing this Thai creation with you, my dear readers. 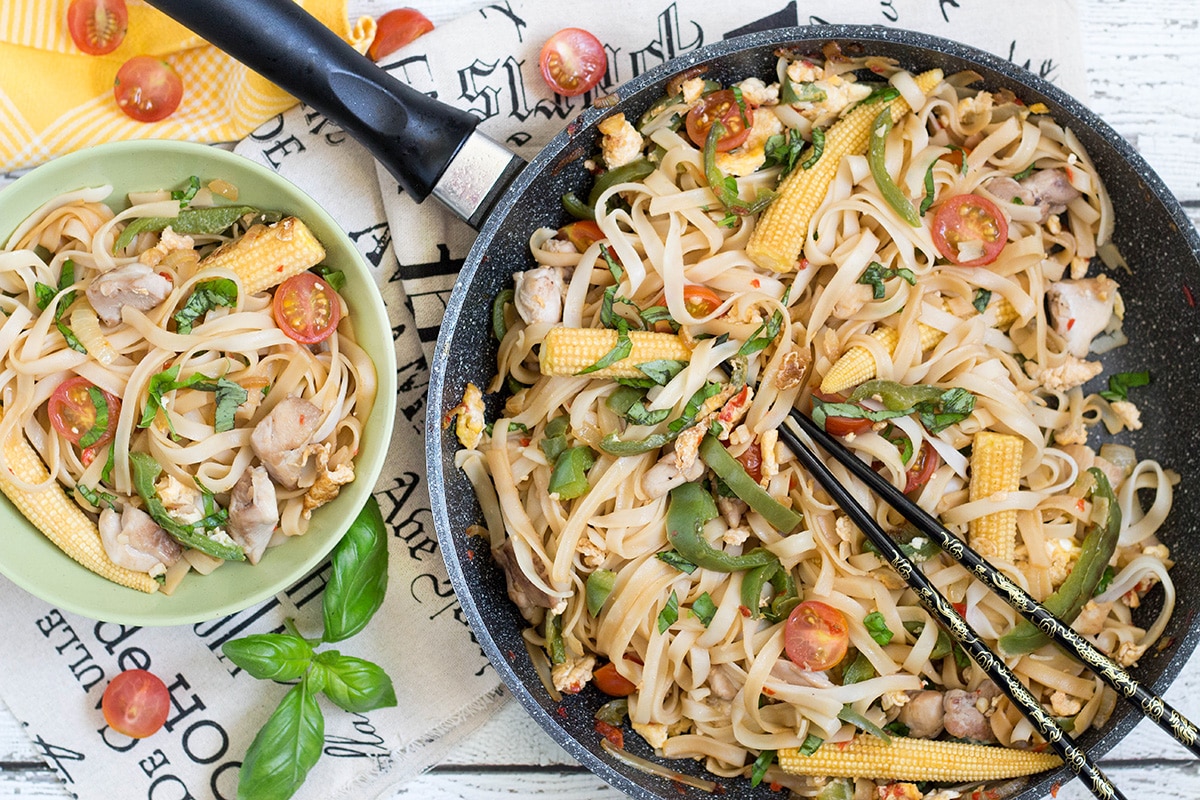 Alright alright, I’m telling the story now. There are actually few of them. Or even more. First of all tell me – you do think that this dish contains some alcohol because of the name, yes? Wrong! It doesn’t. However, it might have, in the past. One of the name origin theories states that rice wine was used in old recipes, hence the name drunken noodles. Another theory says that once upon a time a man, who was suffering from the effects of alcohol consumption, cooked this dish using everything he had in a fridge to overcome a hangover. Yet another theory states that Pad Kee Mao is so spicy that it can only be eaten with a big glass of beer. Or that you would have to be drunk to handle such a heat, ha! 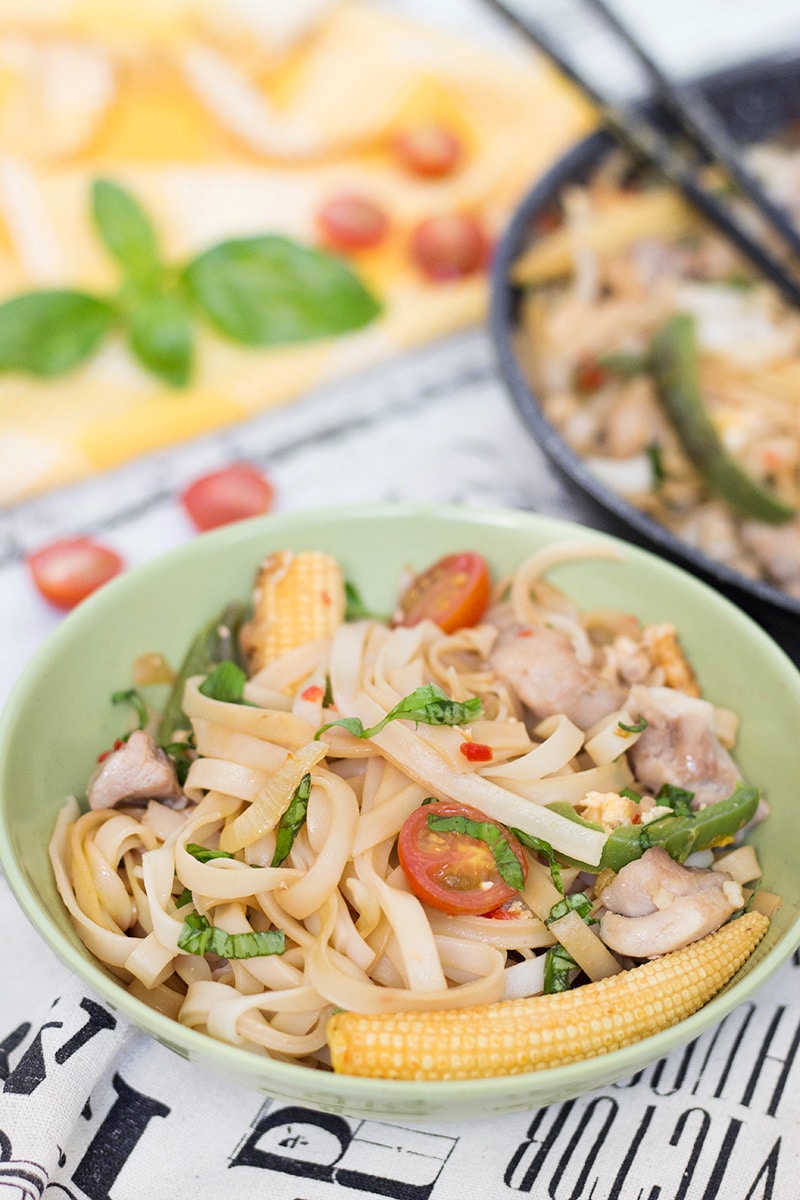 Now when we know all the nitty-gritty behind the name of this exotic dish (drunkards’ noodles would be a more fitting name I think), let’s talk about what it consists of. Broad flat rice noodles are cooked together with onion, garlic, basil, tomatoes, chilies, chicken, bell pepper, baby corn, and scrambled eggs. When all the ingredients are sitting happily in your wok or skillet, here comes the star of drunken noodles, the fragrant sauce which raises the taste to another level. So good! 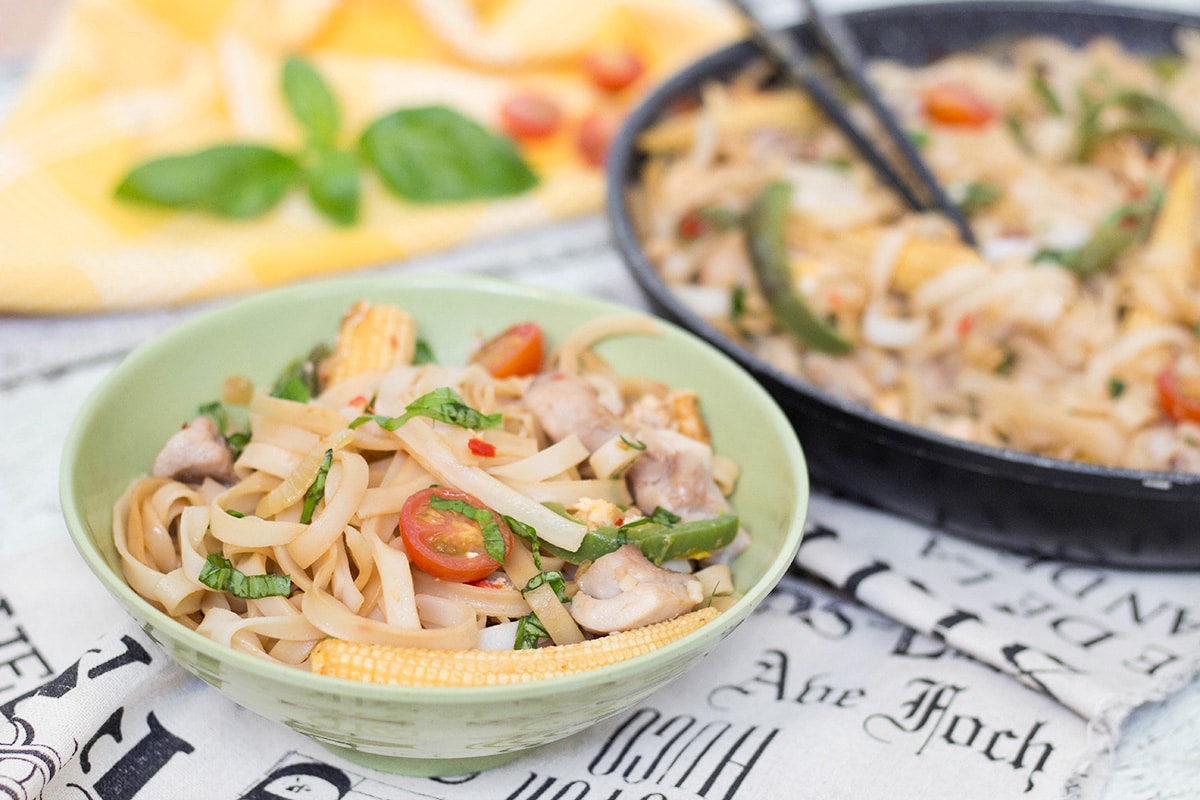 I can’t say if Pad Kee Mao helps to relieve a hangover because I am not too much of a drinker, but what I can say is that it’s lip-smacking good. It helps to relieve my hunger, that’s for sure. Drunken noodles are also really easy and quick to make. Only 10 minutes of prep and you have a fantastic dinner on your table. Yum!