Full of fantastic Caribbean flavors, Fricase De Pollo is one of the best Cuban dishes. Chicken pieces are cooked in a tomato-red wine based sauce together with potatoes, olives, raisins, bell peppers, and more! 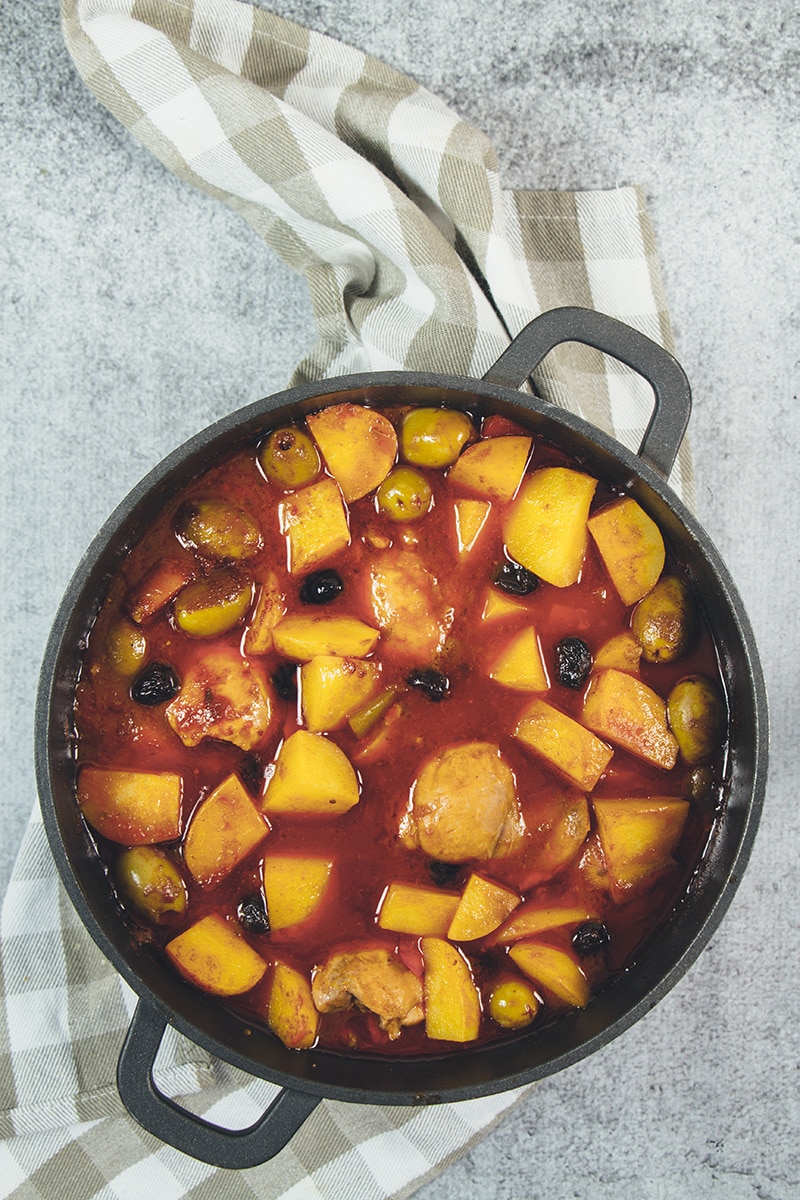 A year and a half ago, I kicked off this blog with a Cuban recipe. It was Ropa Vieja and it was astonishing. I still remember the fantastic smell my kitchen was filled with. Allspice, cloves, a flavorful tomato sauce, and tender braised beef. Cubans know their food, that’s for sure!

That’s why it’s strange to me that I waited so long to cook another one from this beautiful island for the blog. It’s better later than never, right? Today my apartment once again was (and still is) filled with Caribbean flavors thanks to Fricase De Pollo – the famous Cuban chicken stew! 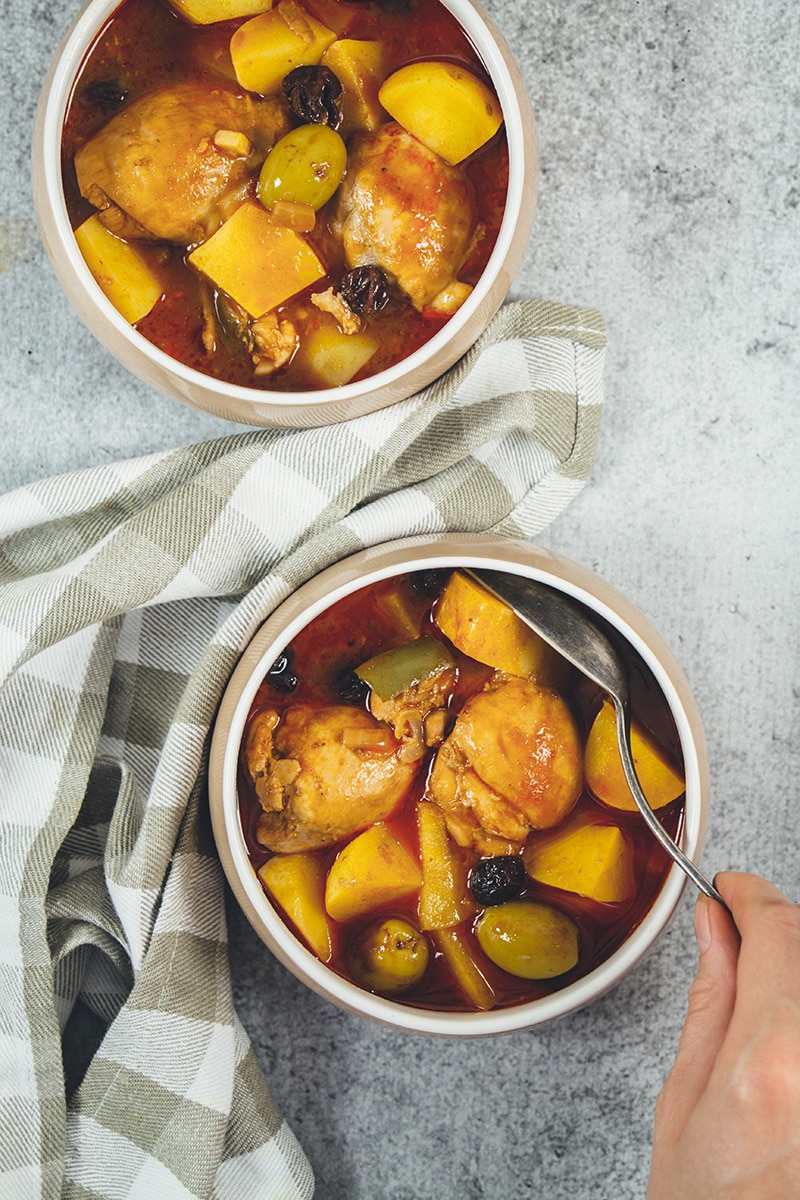 Some of you may know such a dish as Fricassee. Wikipedia says that it’s a French stew usually cooked in a white sauce. While that’s a perfectly correct definition, it’s not exactly what I’m cooking today.

How so? Even though this dish came to Cuba from France, the Caribbean version has some changes. Somehow (unfortunately, I don’t know the whole story) Cubans tweaked this stew to their liking and made it more common to the region. The sauce here is not white, it’s red. High-five from me for this variation (a big red sauce fan here). There is nothing better than a red intense tomato-based sauce! 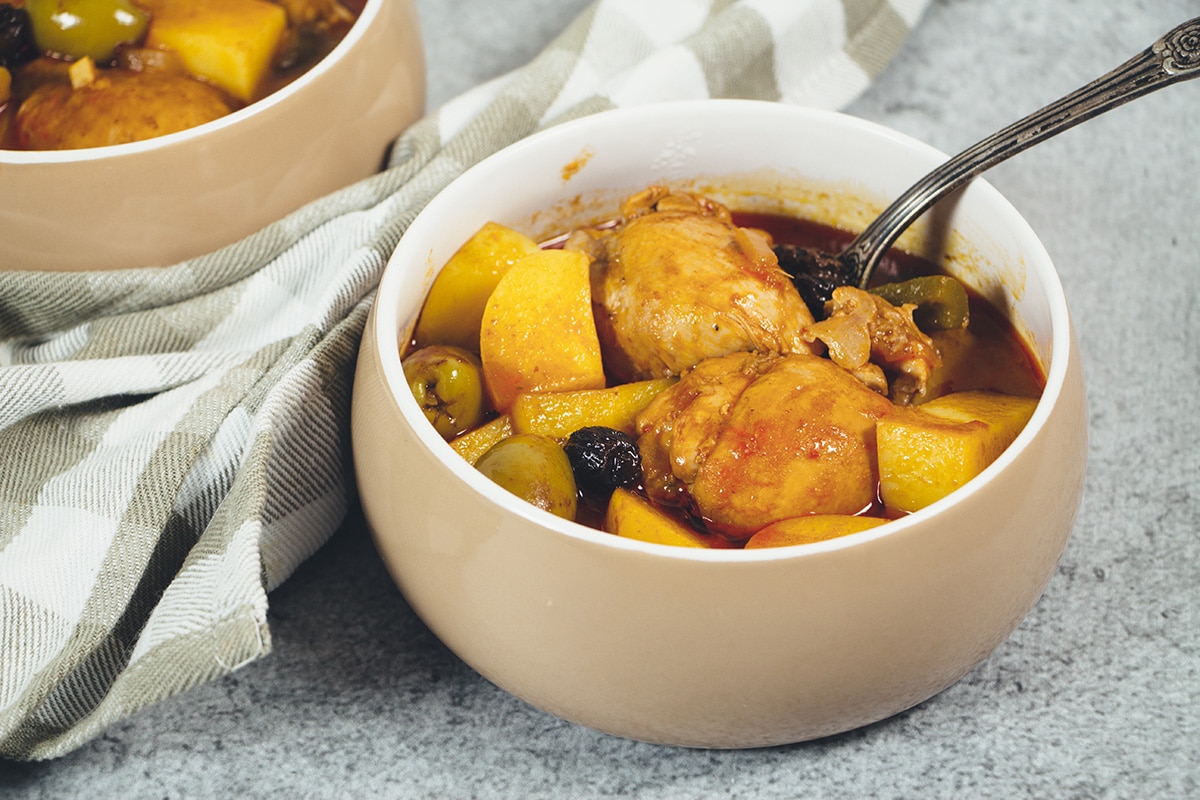 First, we marinate the chicken in a sweet and sour blend of orange and lime juices and spices. Then, the meat is cooked in a fragrant tomato-wine sauce featuring bell peppers. Finally, we add potatoes, olives, and raisins and cook a lil’ bit more. How simple was that? The dish does take some time to make but not too much active effort is needed. It’s mainly marinating and cooking time.

The recipe was adapted from The Cuban Table book. I can’t recommend it enough guys if you are interested in Cuban cuisine. Foolproof recipes, beautiful pictures, I really like it a lot. 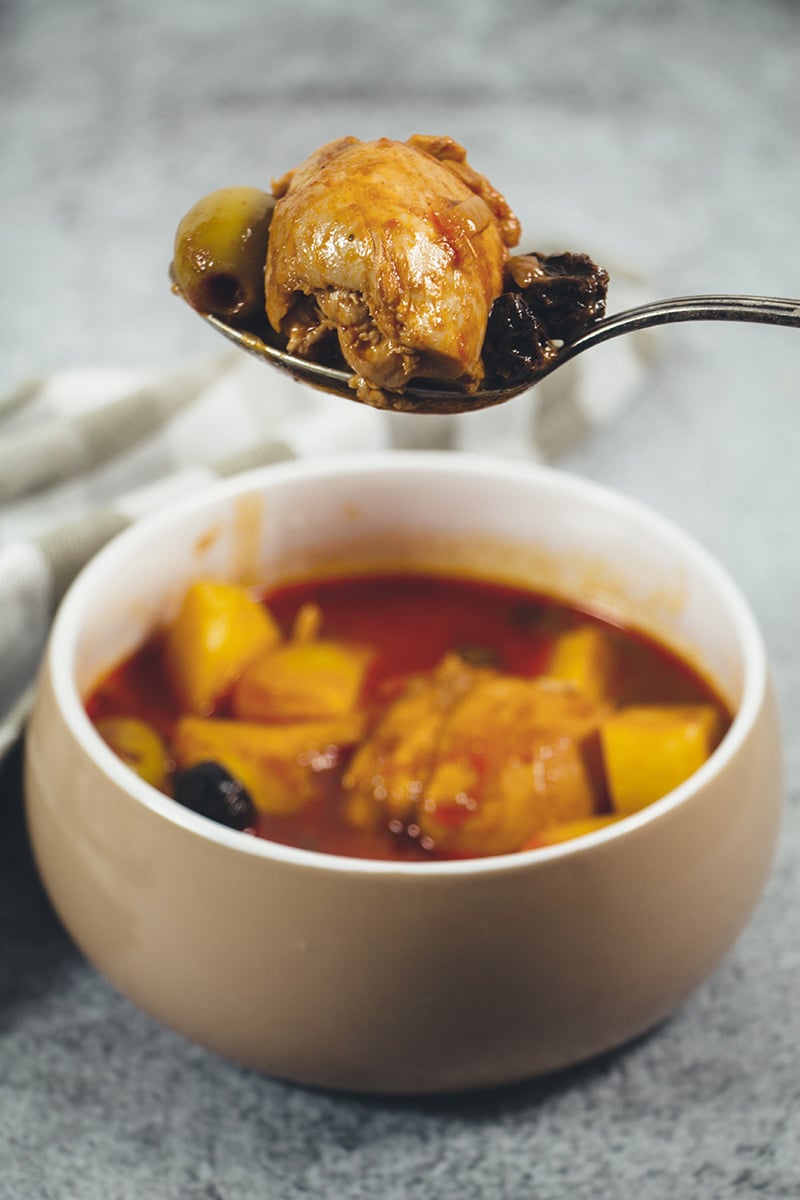 Fricase De Pollo is one of the most delicious meals I have had lately. So many flavors packed into this stew, it’s unbelievable. I am sure I’ll make it many more times to come.

For the chicken marinade: