These German Potato Pancakes are served either with savory (sour cream) or with sweet (applesauce) toppings. Comforting and filling, they make a perfect meatless weeknight dinner! 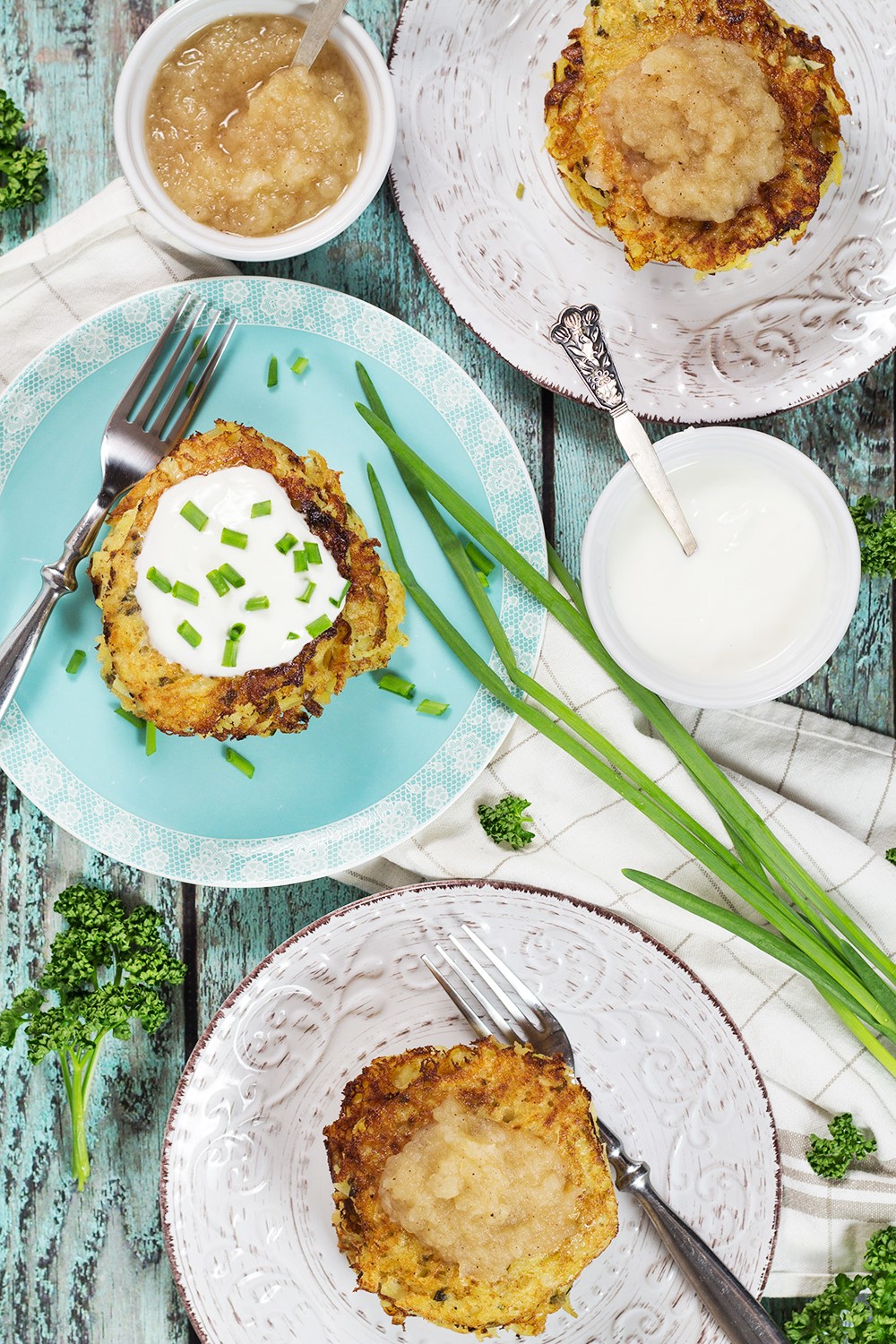 There is a dish I could eat like 100 times in a row. Potato. Pancakes. Yes, I already posted them some time ago on the blog. Yes, I’m making them again. This time, though, they will be a little bit different. The previous version was Polish while today I’m going to show you German Potato Pancakes (Kartoffelpuffer)!

How they are different? First of all, for Polish pancakes you use the smallest grater while for the German variation – the largest one. That’s why the texture and the taste of these two are not alike at all. Another important point where these two go separate ways is the toppings. Polish potato pancakes are usually served with savory stuff like sour cream and chives or parsley, while Germans enjoy them with… Applesauce! Sometimes sour cream can also be used, though. 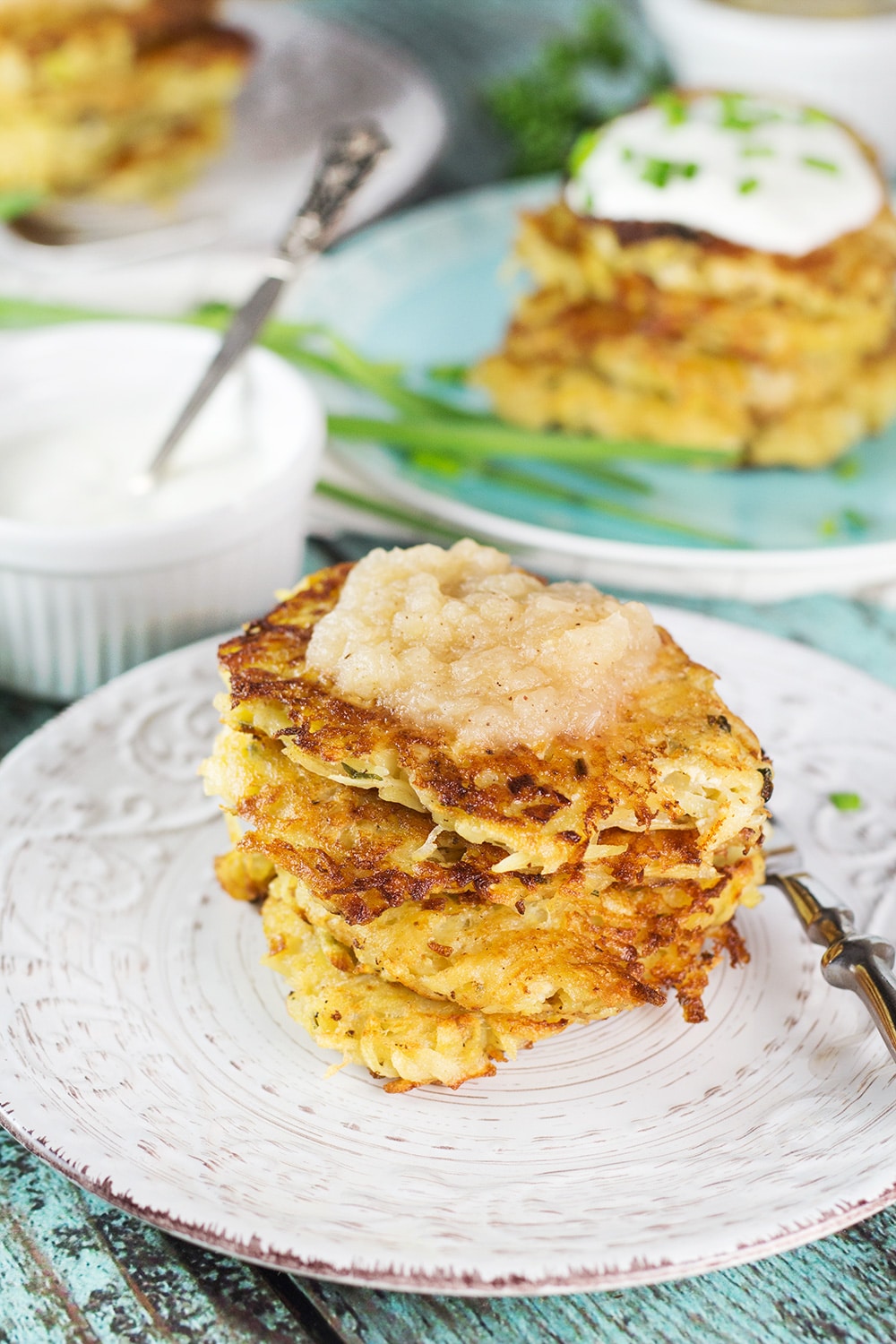 Now I don’t know guys if eating potato pancakes with sweet stuff is common to you but it surely wasn’t something I’ve tried before. In my country and all the nearby ones (Russia, Ukraine, Belarus) only the savory toppings are used. Mushroom sauce, meat sauce, or sour cream, which was already mentioned before, but never ever anything sugary. That’s why my hesitation was natural. However, I needed only a few bites to become German and fall in love with this unusual-to-me combination! 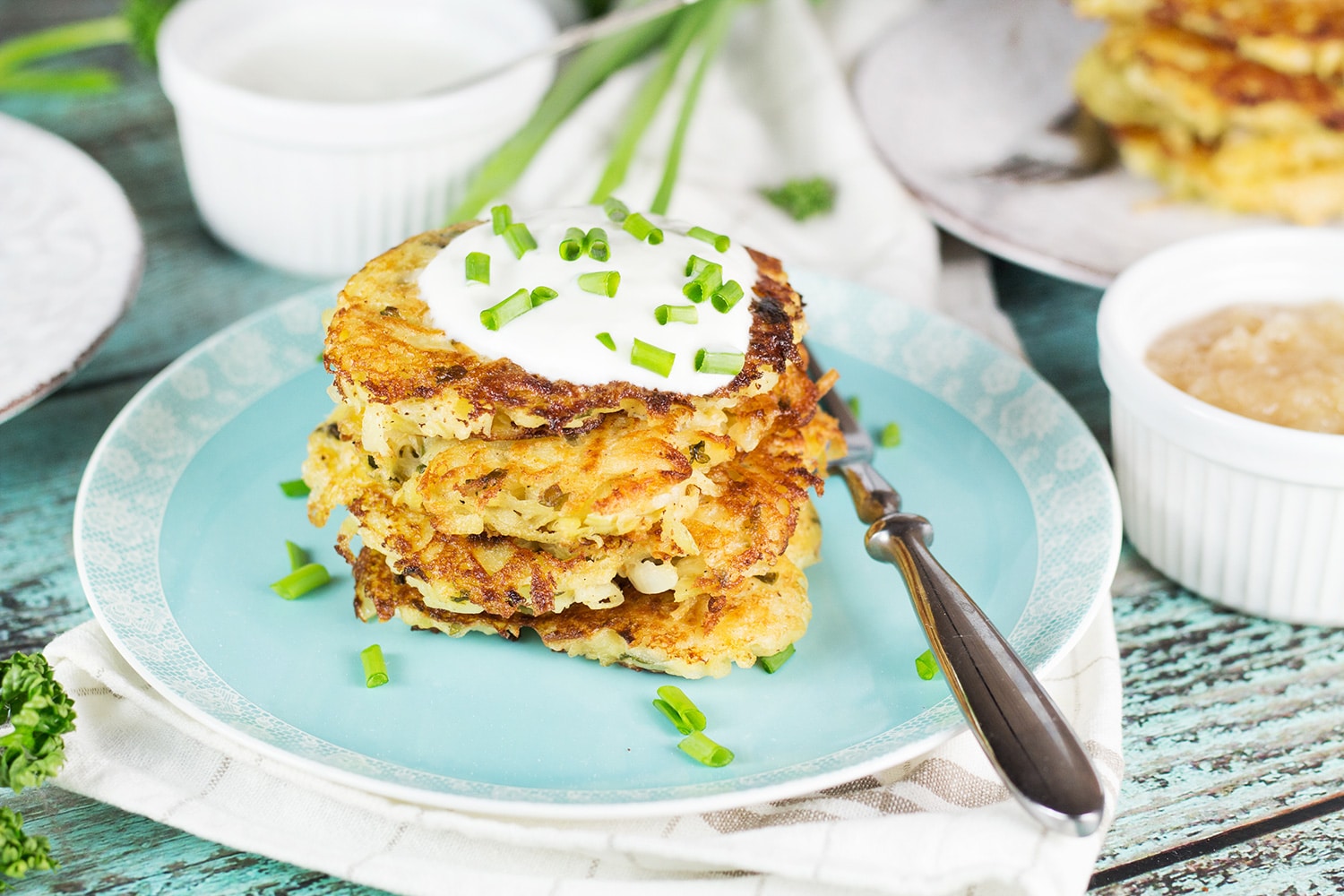 If you are from one of Eastern European countries you may say: “What the hell, my country came up with these potato pancakes!” and I won’t argue with you. It’s really hard to say where any of these potato pancake were born. I just call them Polish and German because that’s how the majority of English talking people are calling them. 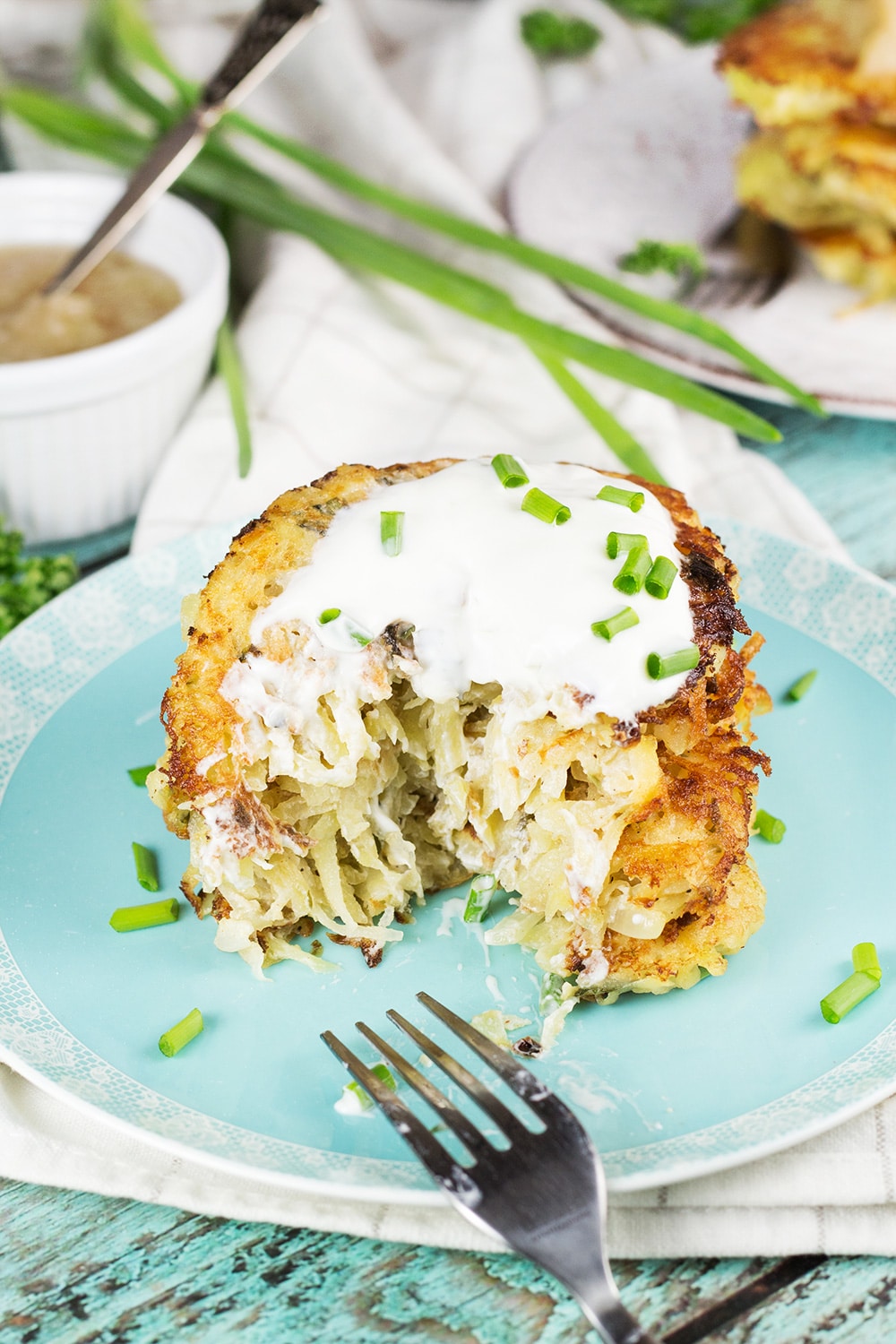 To conclude, I can recommend these German potato pancakes to anyone who love this veggie. They are really easy to throw together and make a great meatless weeknight dinner. You can serve them either with sour cream or with applesauce or with both, just like I did. They are amazing any way!

Pancakes adapted from "A Family Legacy of Great Home Cooks" by Susan B. White; Applesauce adapted from Allrecipes