Kedgeree is a traditional British breakfast dish with Indian roots which can be enjoyed any time of the day. Featuring spiced rice, hot smoked white fish, peas, and hard-boiled eggs, it’s a comforting flavor bomb! 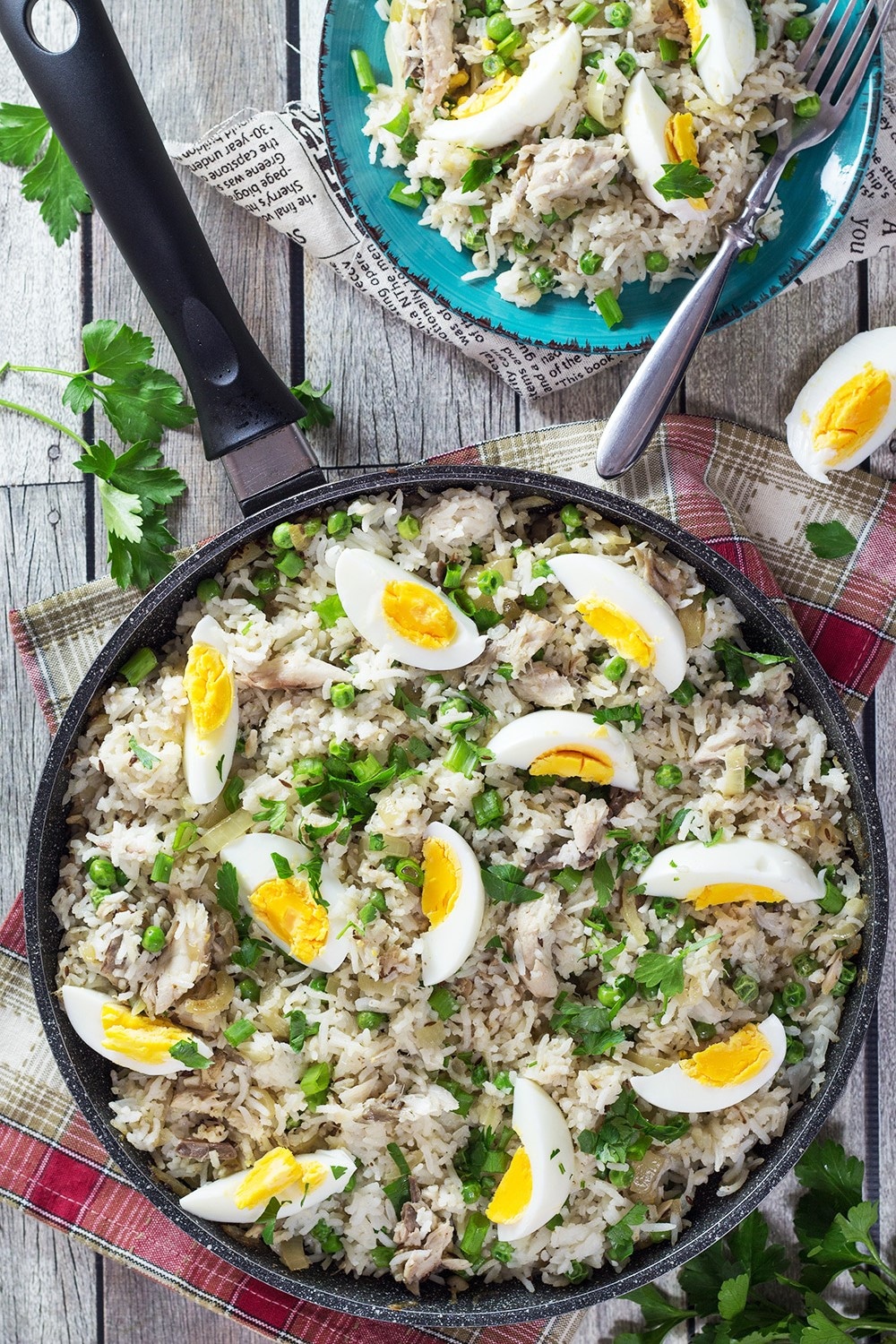 I find inspiration for my recipes in many different places. Various TV shows, books, friends who tried a dish they loved while being on vacation, and the list goes on and on. Last week, for the first time in the life of this blog, I got a suggestion for my next dish in the comments section! Nico from the blog Yumsome (she lived in 51 places all around the world throughout her life – can you freaking believe it?) wrote under my English Breakfast post that I missed one traditional British breakfast dish – Kedgeree. The mistake has to be corrected, right? I immediately changed my schedule and made this interesting dish today!

I would really really love to get more your suggestions on what I have to make next or if you could share authentic recipes from your grandparents it would be even better. Thanks in advance! 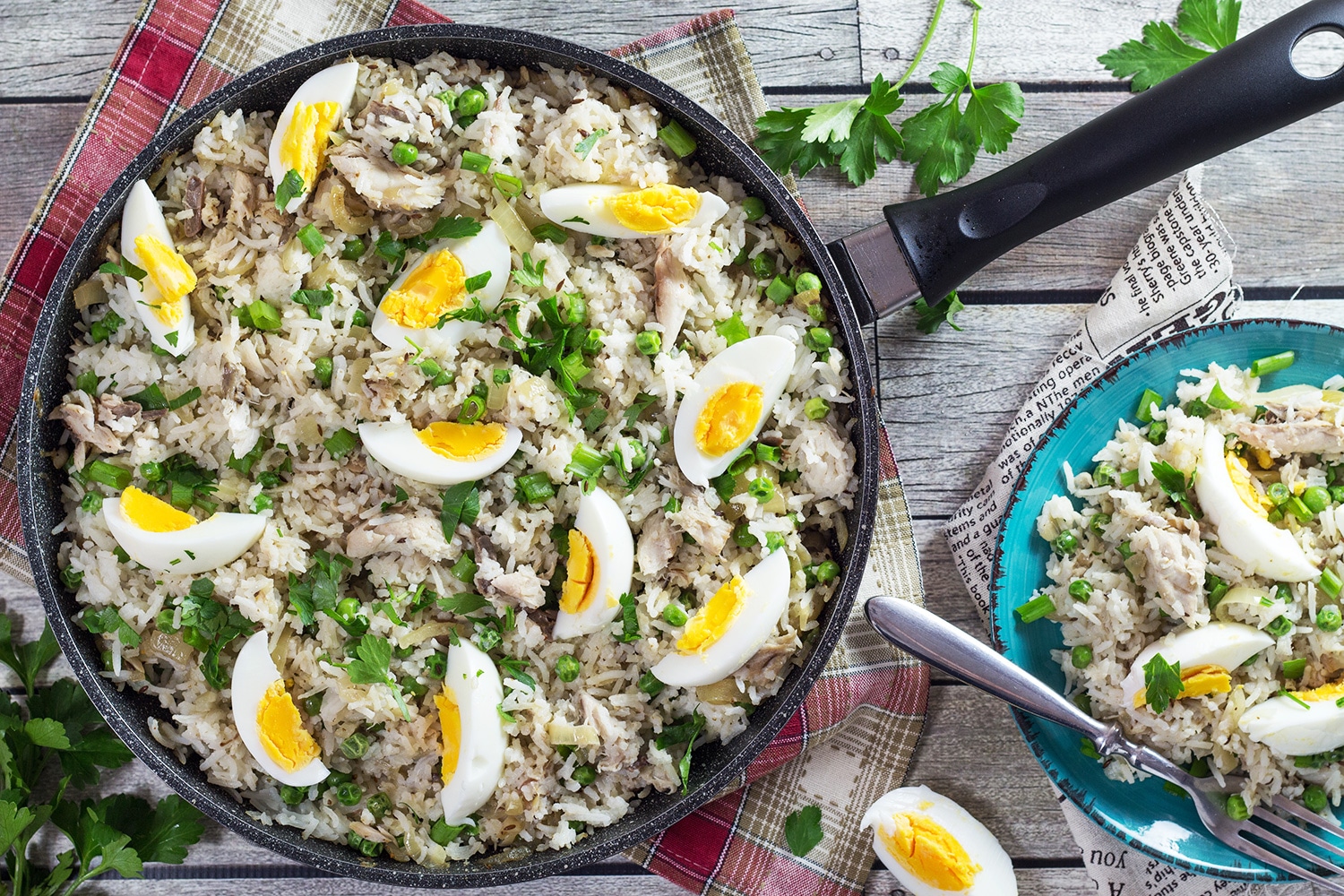 Let’s get back to Kedgeree. Basically, it’s spiced rice mixed with flaked hot smoked fish (usually white, but I saw some recipes made with hot smoked salmon too), peas (I guess they are optional), and topped with hard-cooked eggs. And it’s… A breakfast dish. For those of you who are familiar with British breakfast, it shouldn’t come as a surprise because the custom of Britons to include smoked fish into their early morning fare is a known thing. This tradition fell out of favor lately but they still enjoy this smelly ingredient later in the day.

The love for smoked fish in my country is HUGE too but you won’t find it on a breakfast table. Even I, a man who can eat almost anything in the morning, wouldn’t be able to enjoy Kedgeree just out of the bed. It’s really delicious but it’s not a breakfast dish to me. More like a good weeknight dinner! 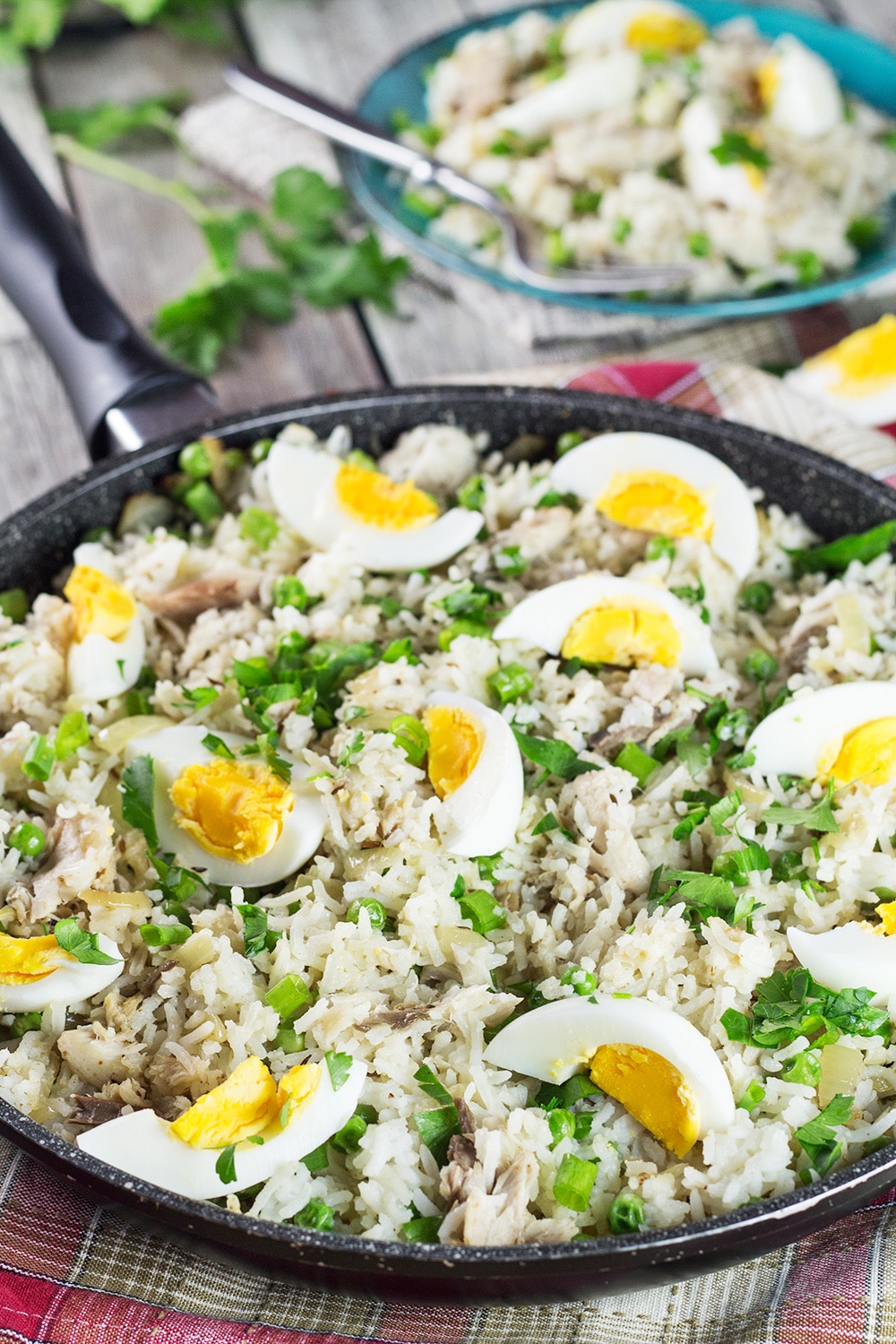 A little bit of history behind the dish. It is believed that Kedgeree was inspired by the Indian breakfast dish khichri made with rice and lentils. British colonials enjoyed it so much that they brought it back to the UK in Victorian times. With some changes, though… Yes, smoked fish and boiled eggs! Anglo-Indian cuisine was in trend at those times. 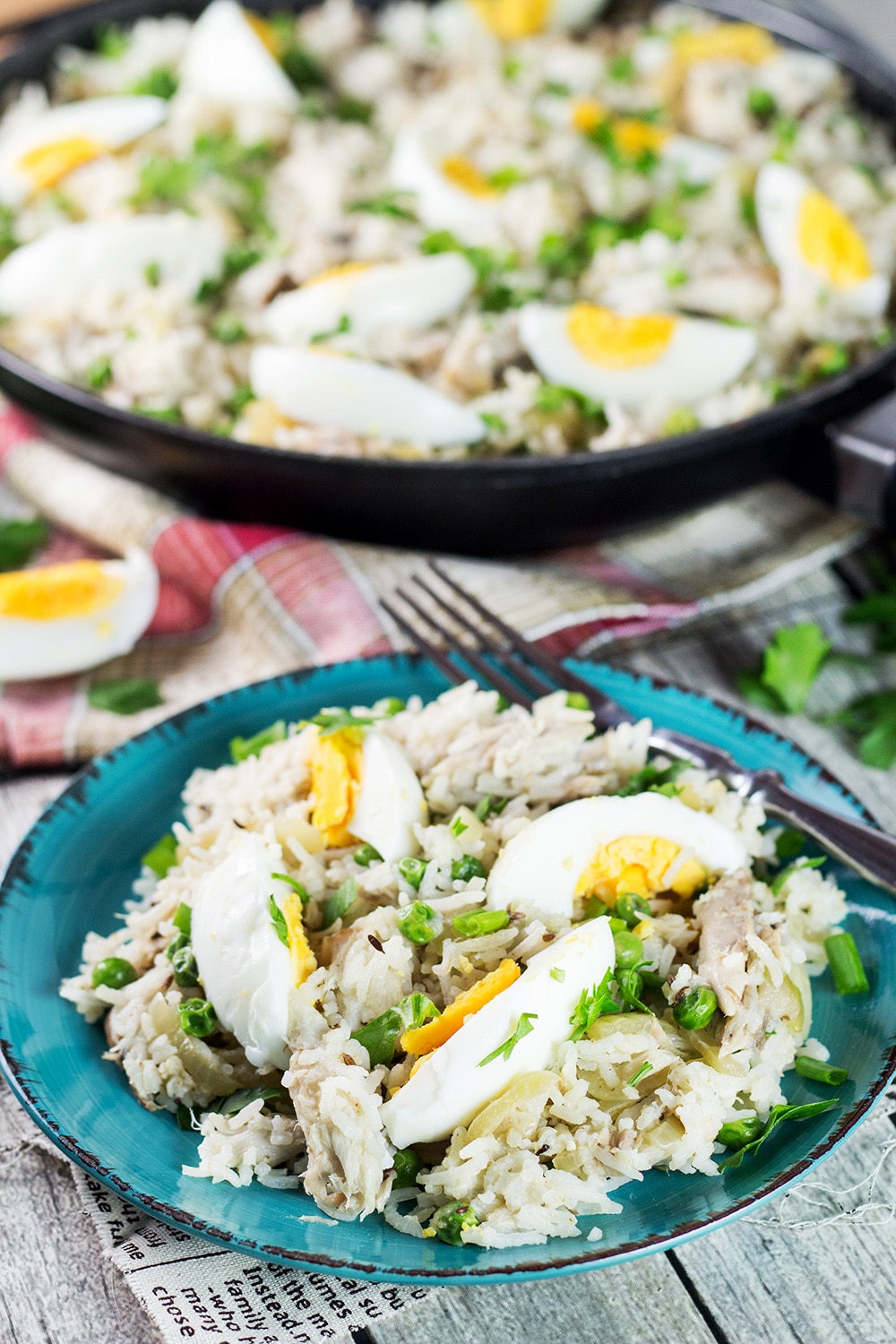 If you are not a fan of hot smoked fish, then you most probably won’t enjoy this Anglo-Indian creation. The intense smoke flavor won’t go anywhere because you are basically just mixing fish with spiced rice and peas. But if you are, just like me, then Kedgeree will be right up your alley! When all the spices blend with rice and fish, you get a marriage made in heaven!