Perfect as a side dish, these Hungarian Potato Dumplings (Shlishkes) are made with mashed potato batter and rolled in buttered bread crumbs. They are similar to Italian Gnocchi but have some fundamental differences. So good! 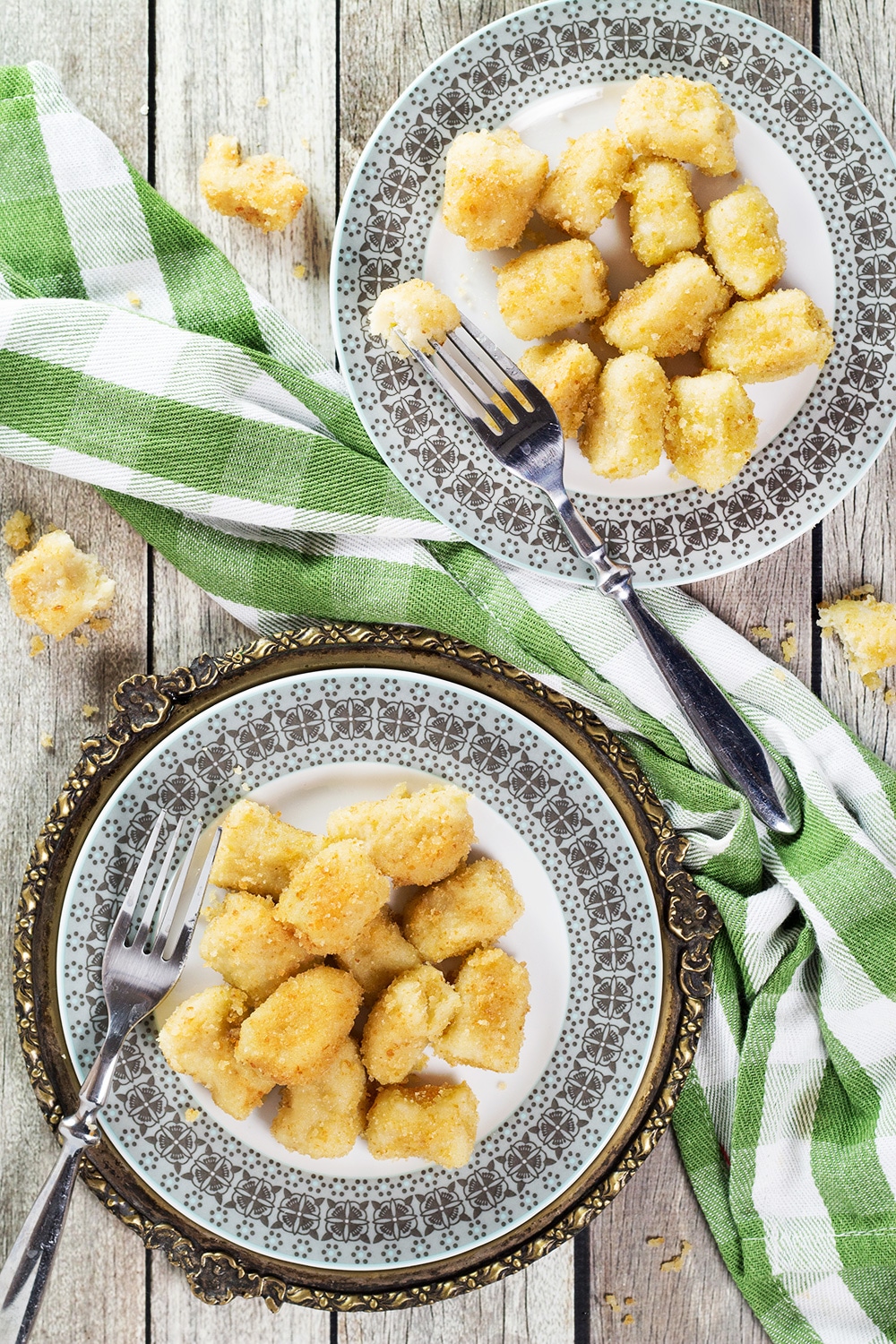 A few days ago I posted a recipe for the delicious Hungarian Plum-Stuffed Dumplings. If you haven’t checked them out yet, do it. They are really awesome. Today we are once again going to Hungary because I am obliged to do so! Why? Well, the thing is, when Hungarians make those plum dumplings, the leftover mashed potato batter is always used to make small breaded rolls called Shlishkes. These two dishes are like siblings, you can’t make one of them while avoiding another! I couldn’t break these traditions, so we are making Shlishkes today! 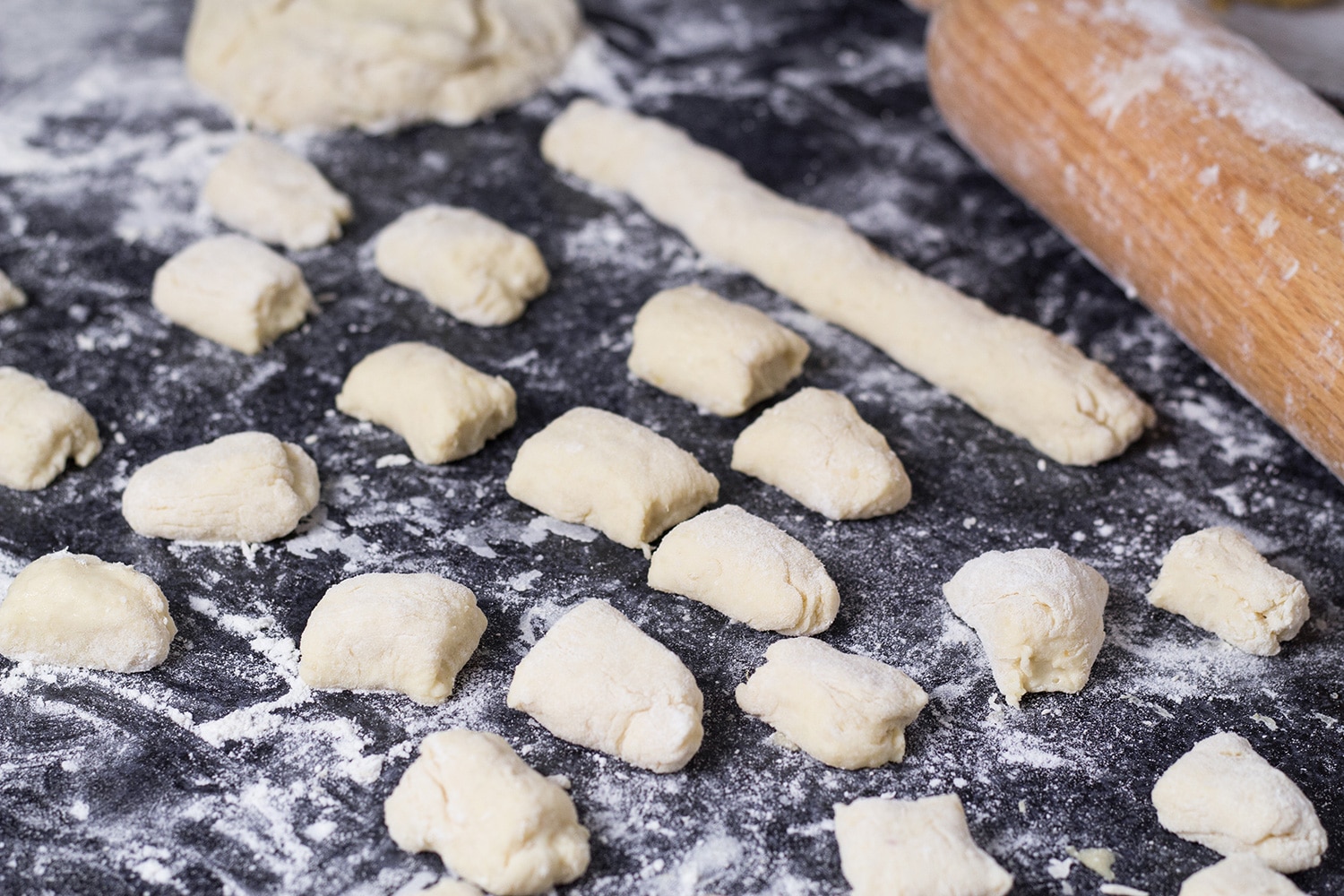 These are almost the same potato dumplings but without plums + they are not meant to be served as a dessert (you still can make a dessert out of them, just roll them in sugar). Shlishkes are more like a side for the main meal, usually containing meat. That’s exactly how I served these little guys – with a pepper steak. It was lovely. Oh, one more important thing that has to be mentioned. These potato dumplings are popular not only in Hungary but among Jews all around the world! 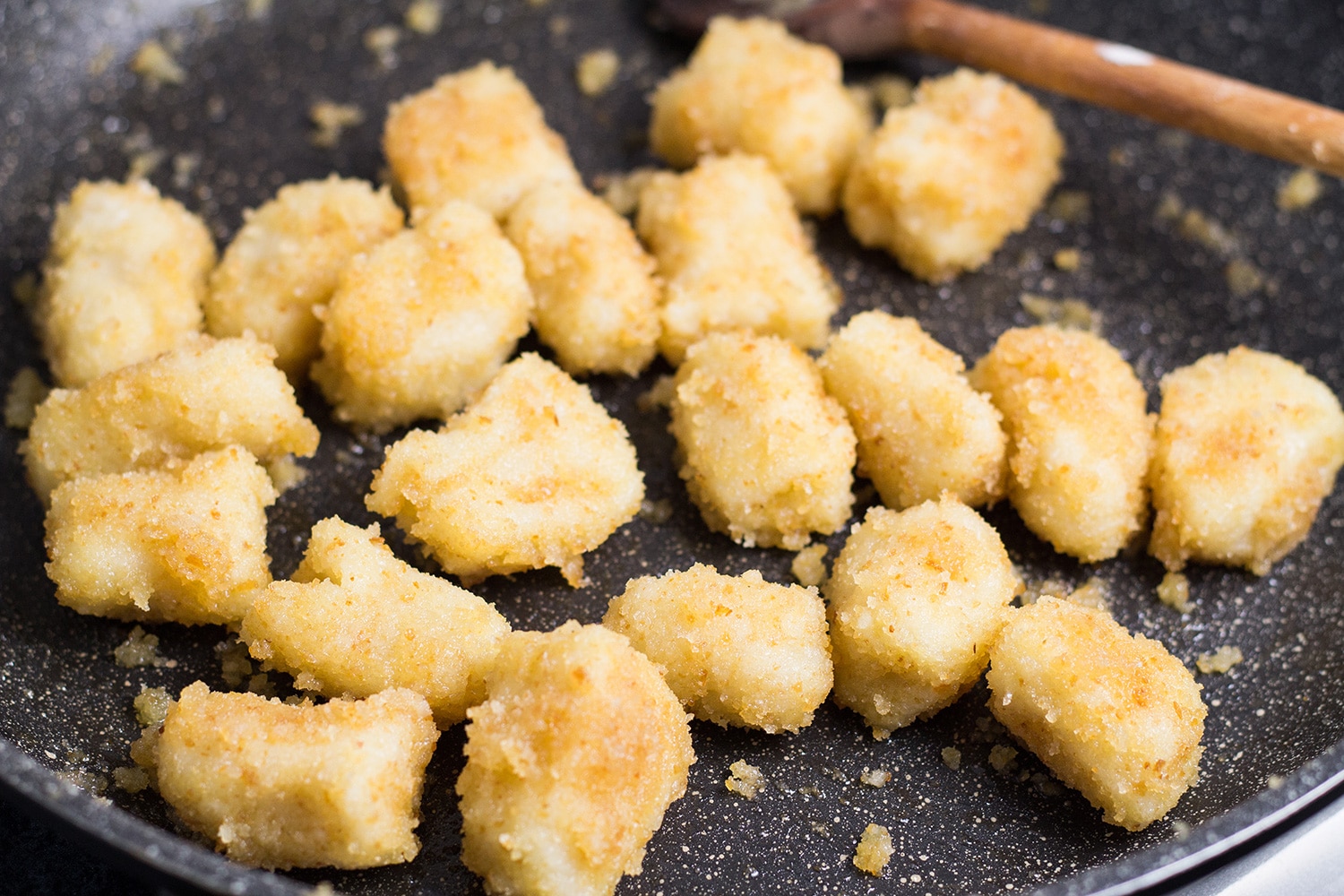 Now some of you may ask: what’s the difference between Shlishkes and Italian Gnocchi? Because these two look like the same dish. There actually are some differences, though. The Encyclopedia of Jewish Food names two of them: Shlishkes are firmer and they don’t have ridges. I can add the third one: Hungarian dumplings are first boiled then rolled in buttered bread crumbs, not sprinkled with cheese or drowned in sauces like their Italian cousins. 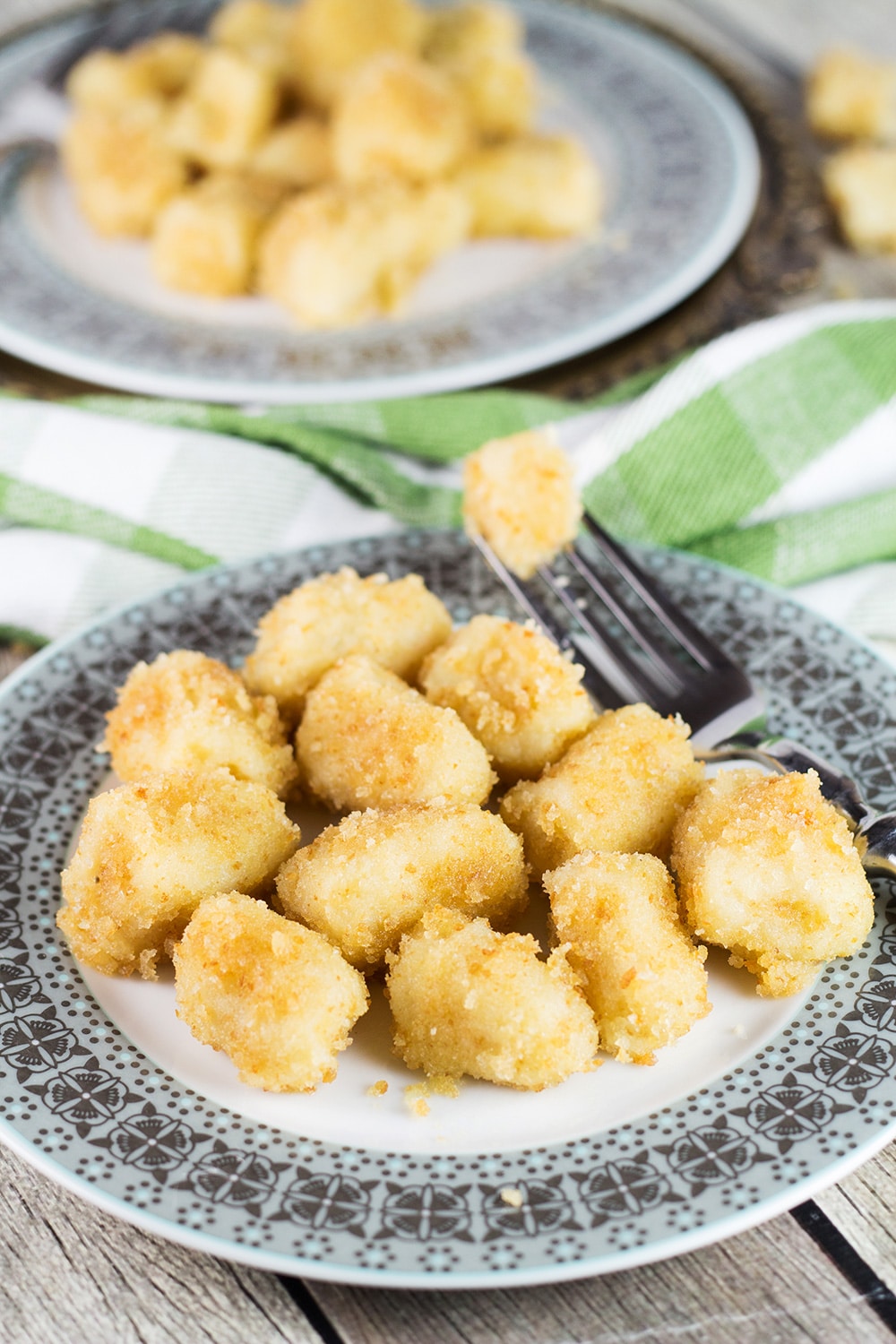 I don’t know which version, Hungarian or Italian, originated first and I don’t think that it matters. Maybe neither of them were original founders because potato dumplings are made in many other European countries too. The most important thing is that these little guys are really delicious! Try them!