Hungarian Plum Dumplings are made with mashed potatoes and have some similarities with Italian gnocchi. They can be served as a dessert, a side dish, or a main dish. You will love them! 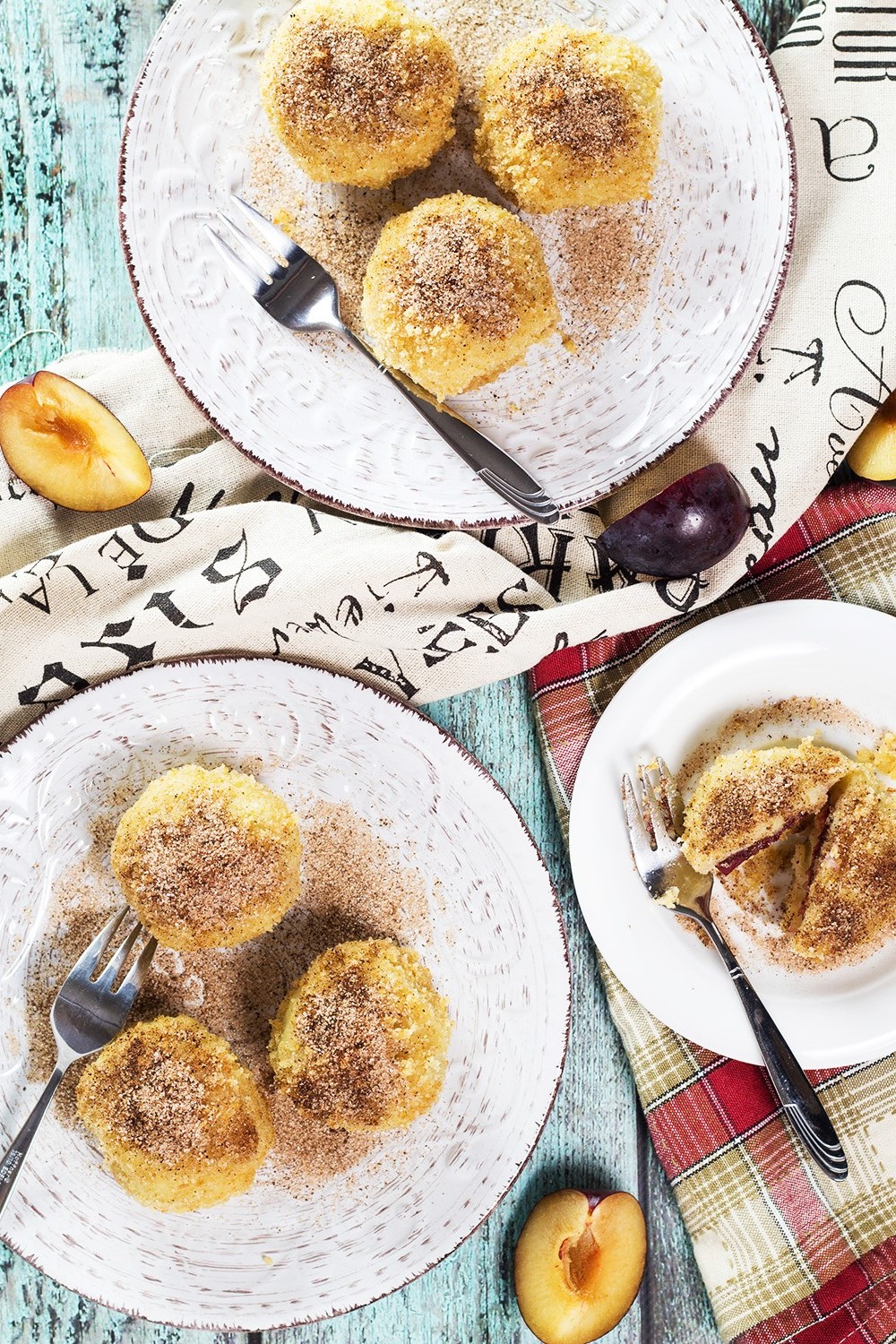 Happy New Year everyone! I hope you all had great holidays with your family and friends. I certainly did! Having taken a week off the blog and my main job, I had some good rest and now I'm ready to rock in 2017. The thing exciting me the most is the new ideas I have for Cooking The Globe. They are so awesome! I really hope you will love the news too. But before announcing them let's take a moment to celebrate the very first birthday of this blog. Yay! The first post (this amazing Cuban Ropa Vieja recipe) was published on January 1st, 2016 meaning that now I will always celebrate New Year's Eve together with the blog's anniversary. Great! And easy to remember, ha!

I am really happy with the work I did this year on the blog. The whopping 111 recipes were cooked, photographed, and published! Keeping in mind that some of the dishes needed to be made 2 or even 3 times before posting them, that's a huge number for me. Even in my wildest dreams, I would never have imagined that I am capable of doing it having the main job and working on the blog only in the evenings and weekends (huge thanks to my lovely wife for helping out with the photos!). Well, I guess everything is possible if you want it badly enough. Even though sometimes it was hard, I enjoyed every single moment. I really did. After all, having a travel / food blog was a great dream of mine and it came true!

Now Cooking The Globe plans for 2017:

That's everything I wanted to say about the new year and my plans. At first, I thought to create a separate post for this information but decided to cook something simple for you, guys, instead. Let's go to Hungary and try their famous plum dumplings called Szilvas Gomboc! Similar dumplings can be also found in other Central and Eastern European countries. There already are two Hungarian recipes on the blog (Dobos Torte and Chicken Paprikash) and let me tell you - this country fails to disappoint so far.

The dough of Hungarian plum dumplings is made with mashed potatoes and resembles Italian gnocchi. The dumplings are formed as balls with a whole plum or a slice of it inside. My plums were too big so I cut them into smaller parts. Obviously, these dumplings are the best when plums are in season but I didn't want to wait this long and got some Italian ones from my local store. They weren't good at all while fresh but when you cook them, the magic happens and plums become not only edible but in fact delicious!

Hungarian plum dumplings are super versatile! They can be eaten as a dessert, as a side dish, or even as a main dish. Me and my wife, we enjoyed Szilvas Gomboc as a dessert most of all. The ingredient that makes them sweet is simply sugar. You can either add some of it inside of the plum instead of a pit, just put some sugar on top if using slices, or sprinkle your dumplings with sugar when they are done. I've chosen the last version and also sprinkled the dumplings with some cinnamon. So good!

Cookingtheglobe.com is a participant in the Amazon Services LLC Associates Program, an affiliate advertising program designed to provide a means for sites to earn advertising fees by advertising and linking to Amazon.com. As an Amazon Associate we earn from qualifying purchases.