This Loco Moco recipe comes straight from the heavenly island of Hawaii. Basically, it’s white rice topped with a hamburger patty, fried egg, and a flavorful gravy. Perfect for lunch, dinner, or even as a breakfast after a night out! 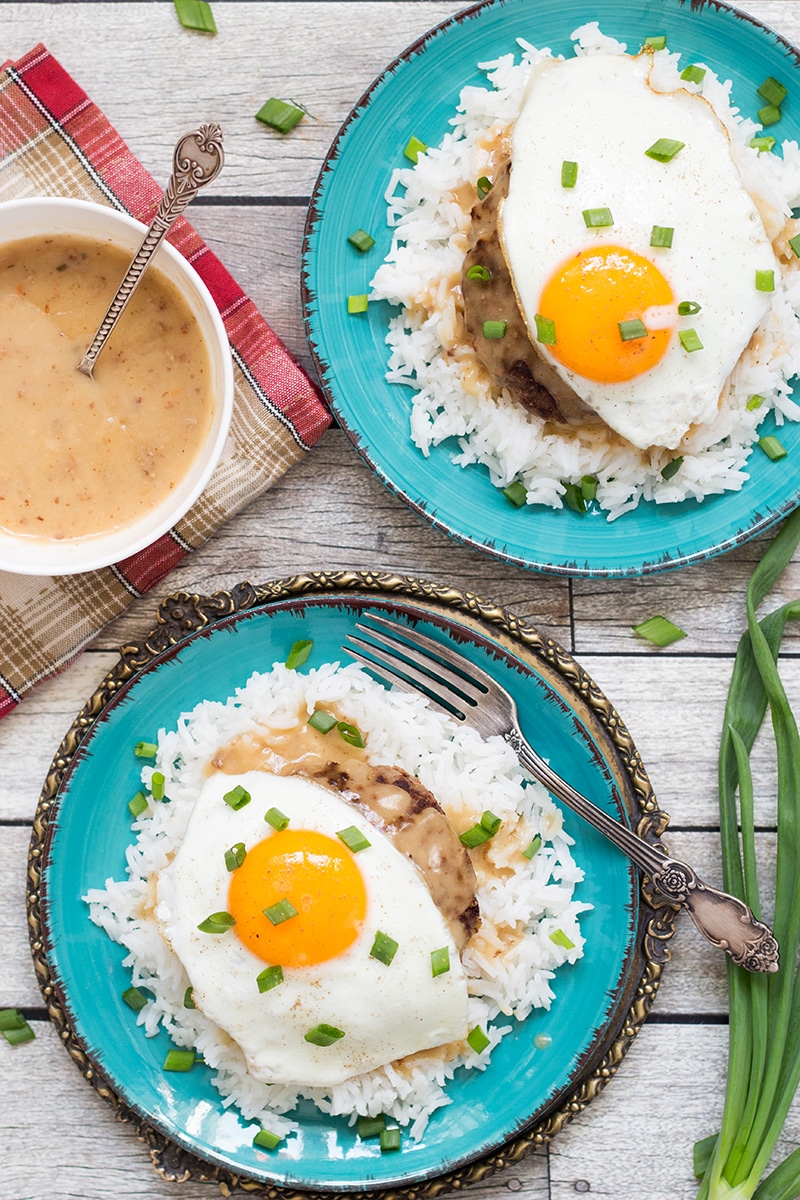 Hawaiian cuisine holds a special interest to me. First of all I love that it’s a mash-up of Asian and Western cultures. Dishes are really unique in this beautiful island! Moreover, Hawaiian cuisine is totally new and unexplored for me. My fascination with the Hawaiian food started when I made this fantastic salad / side dish called Lomi Lomi salmon. It is so simple yet so tasty! I couldn’t believe how good it is when I tried it for the first time. Oh and it looks so exotic! Perfect for serving to your guests. I know know, this post is not about it! Sorry. I just wanted to speak my mind on this salmon goodness so bad. Ok, back to the regularly scheduled program. This time I made another Hawaiian classic – Loco Moco (I love these Hawaiian names: Lomi Lomi, Loco Moco, ha ha!). Basically, it is rice, topped with a hamburger patty, fried egg and drown in a fantastic brown gravy. Comfort food at its best! 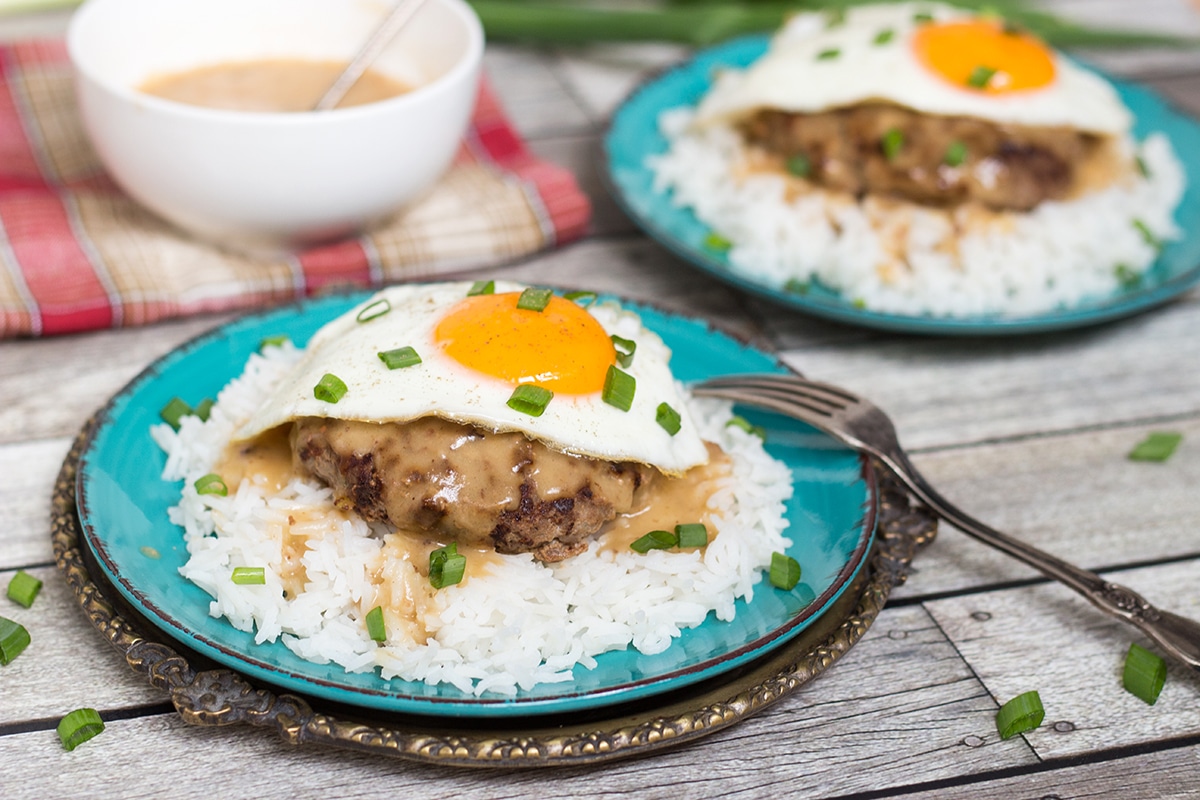 Loco Moco has an interesting story behind it. It is said that this dish originated in a small cafe located in a Hawaiian town of Hilo in 1949. The owners of the restaurant (husband and wife Mr. and Mrs. Inouye) wanted to create something affordable yet filling for the local teenagers. That’s how Loco Moco was born! As for the name, there are few different versions on how it came about. First one says that the husband owner offered to call it Loco Moco because, as he said, kids are crazy. “Loco” means “crazy” in Portuguese and Hawaiian pidgin. Another version says that the dish was name after the first boy who tasted it. His nickname was Loco. What about the second word “Moco”? It doesn’t mean anything and was just created to rhyme with the first one! 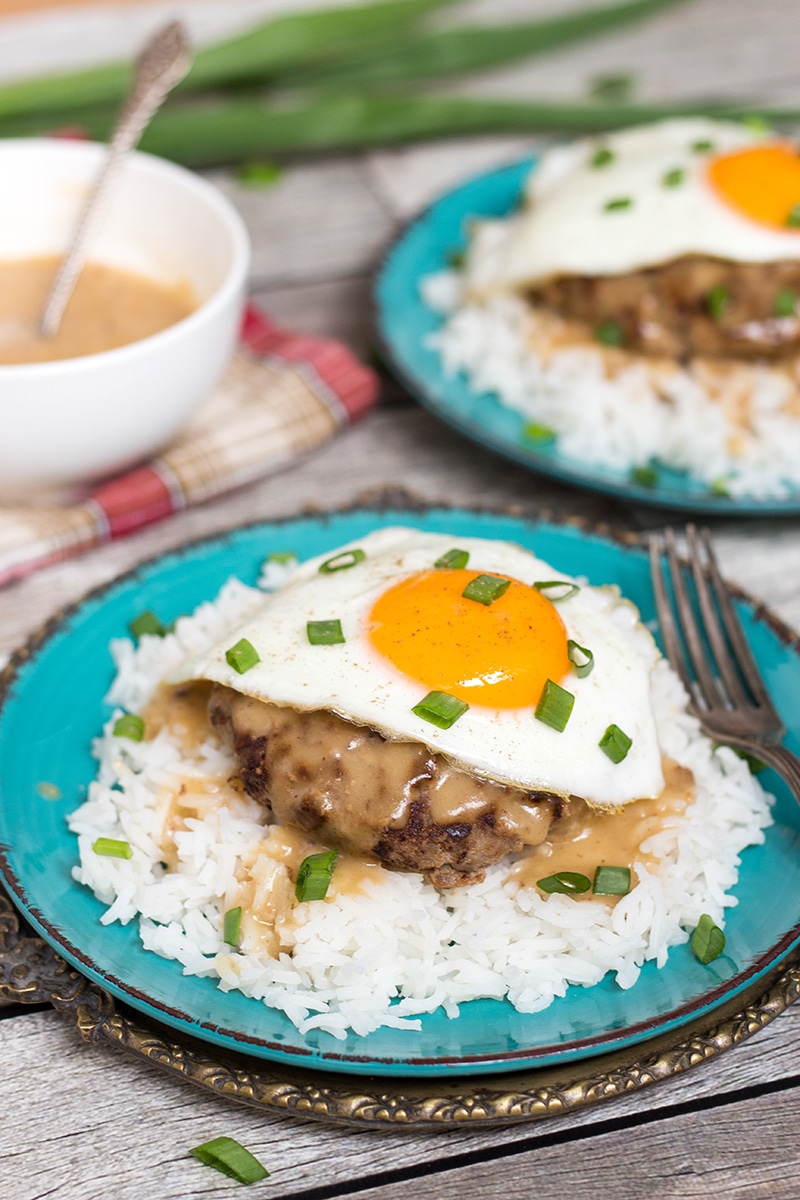 Nowadays Loco Moco is a true Hawaiian favorite. It is often served in school cafeterias and lunch counters. This dish is a perfect example of the combination of Asian and Western cuisines I told you earlier about. The rice and the gravy are more Asian, while a hamburger patty and a fried egg are more Western. The traditional Loco Moco should always feature runny sunny-side-up eggs! The idea behind it is to pop the egg yolk so it pours all over the rice. Don’t you dare to think that it’s a joke or a detail not worth paying attention to! Hawaiians are really serious about it. Few years ago, during the annual Rice Festival held in Hawaii, there was an attempt to set the record for the largest Loco Moco ever made. Actually, it wasn’t just the attempt, the record was successfully set. It weighed 1126 pounds (wow!). But. There was one tiny detail that disappointed some Hawaiians. Eggs were scrambled instead of cooked sunny-side-up! Told ya they are serious about it! 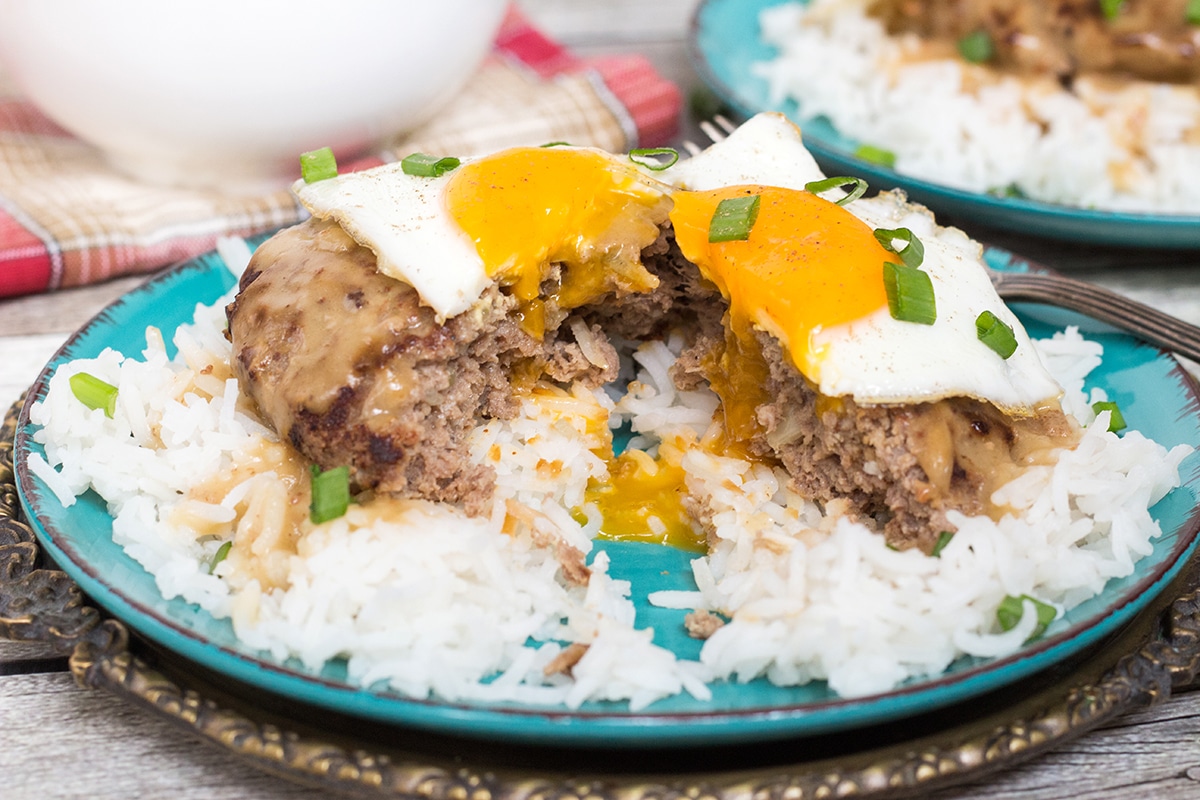 Loco Moco is really worth your attention. It’s more than just a ground meat patty, rice and a fried egg. The gravy makes all the difference! I saw that some people add mushrooms in the gravy. I decided to make a classic version but it’s not a bad idea at all. I also heard that this dish is a perfect hangover cure (just in case). I am already looking forward to more dishes from this heavenly island!