Youtiao are traditional Chinese crullers / breadsticks / doughnuts / oil sticks. They have plenty of names! Basically, it’s fried dough served either alone or with a cup of warm soy milk for dipping. It is believed that the famous Spanish Churros were inspired by this Chinese creation! 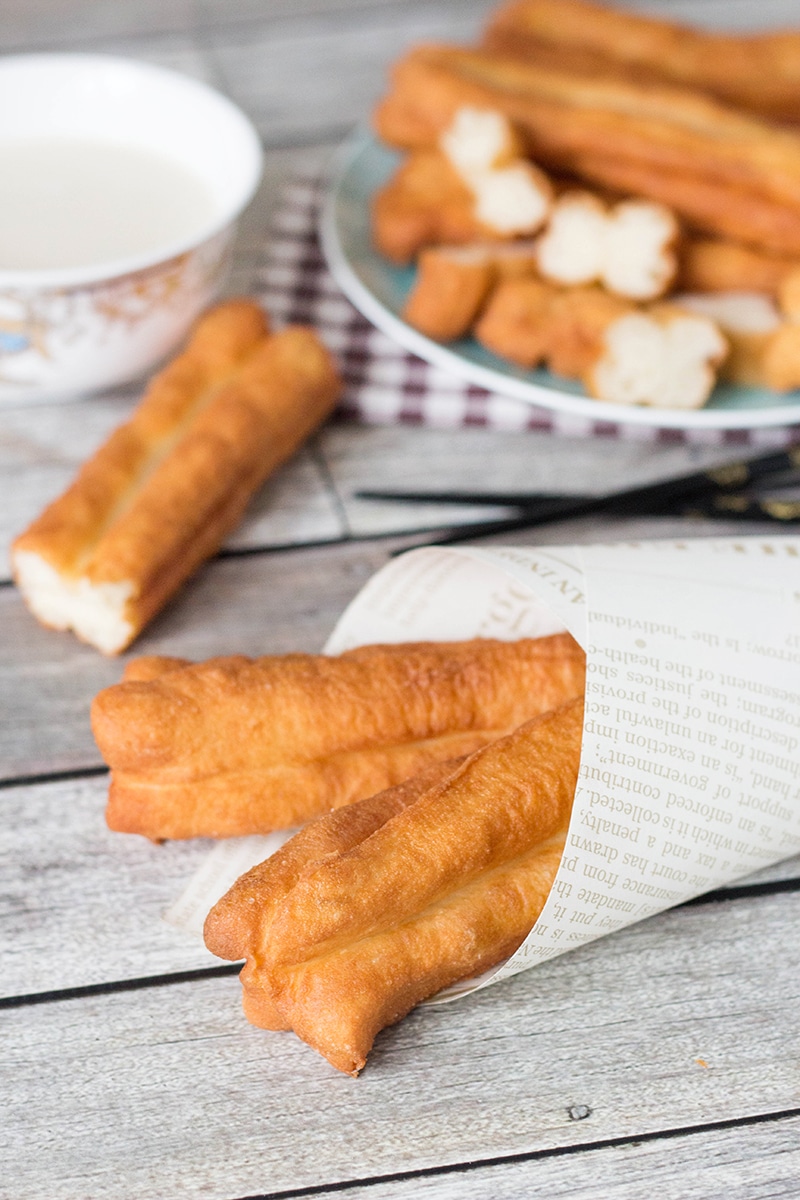 When I made the Spanish Churros Con Chocolate a month ago, I told you that, according to some sources, they were inspired by Chinese Crullers called Youtiao, and I promised to make them for the blog someday. Today I am fulfilling this promise and making these Chinese fried dough sticks! They can also be called Chinese donuts, Chinese breadsticks, Chinese oil sticks, and the list goes on and on. These crullers are a popular Chinese breakfast option. 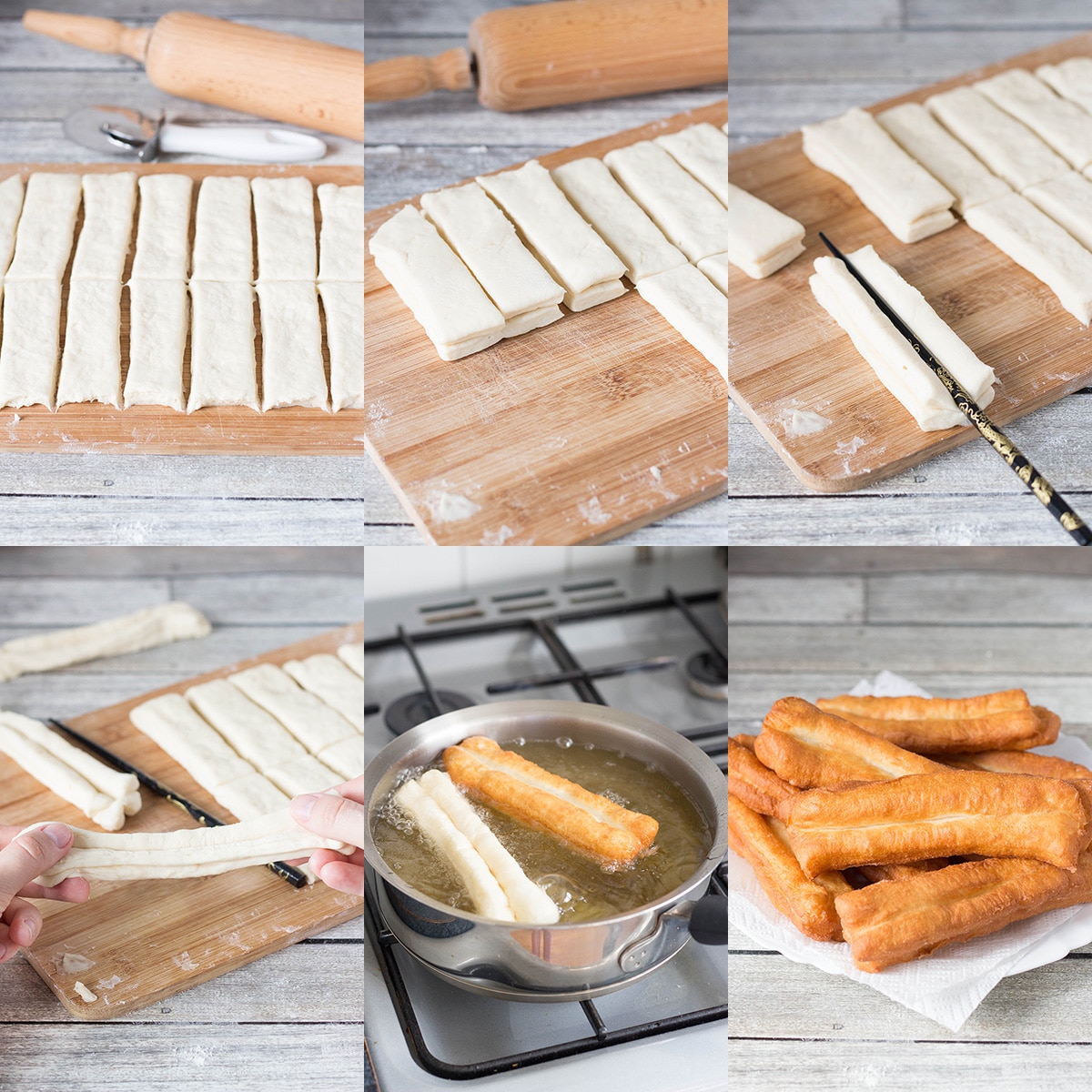 The main difference between the Spanish and Chinese versions of these fried sticks is the sweetness. Spanish Churros are supposed to be sweet. They are covered with a cinnamon and sugar mixture and dipped in a hot chocolate. Churros are considered to be a dessert. Chinese crullers though are not sweet at all. No sugar, no cinnamon, and by all means, no chocolate. There is actually some sugar added into the dough, but you won’t feel it at all. There is one more difference: Youtiao are made by pulling the dough, while Churros are made using a star shaped nozzle. 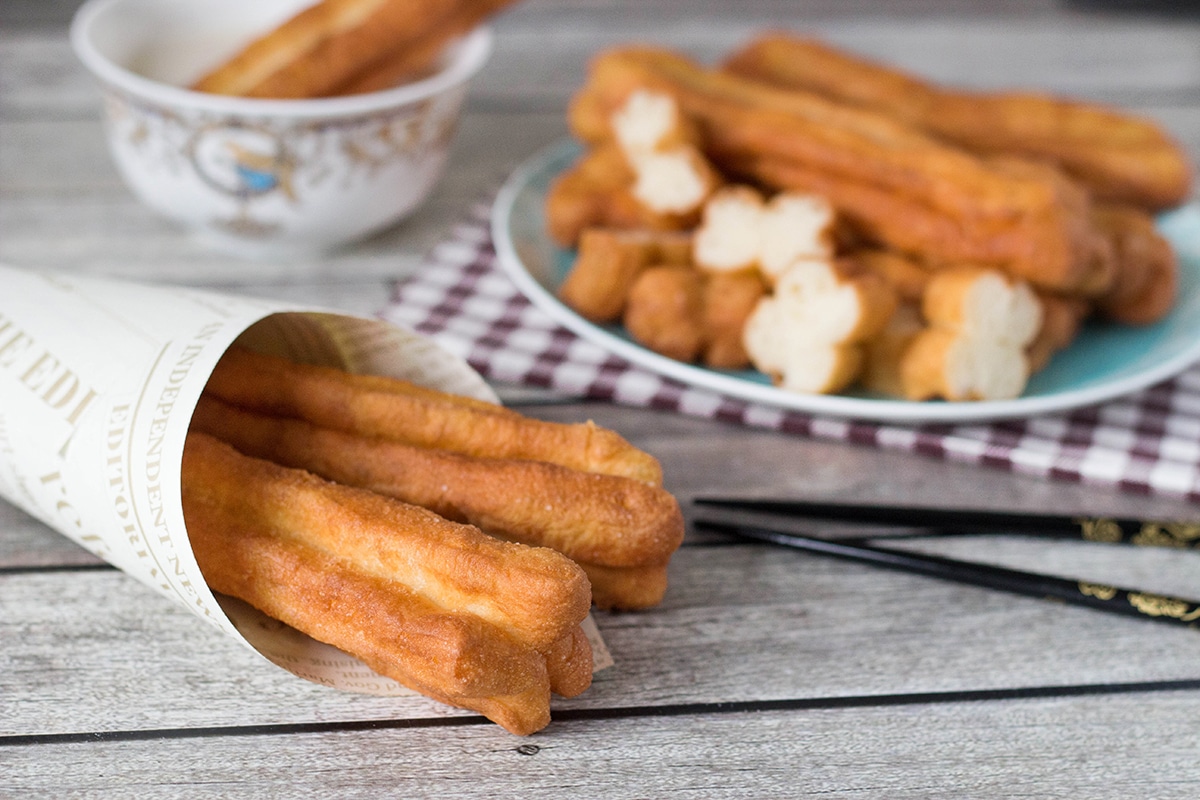 If you are in doubt about the taste of Youtiao, keeping in mind the lack of any sweeteners at all, don’t be. They are actually really good! But there is a way to make them even better. To raise them to another level (in my humble opinion). I read that in some places in Asia Youtiao are dipped in warm soy milk. Yes. Warm. Soy milk. I tried it and it’s a total winner. They say that soy milk in Asia differs from the one we use, but I loved every bit of these breadsticks dunked into the local soy milk I usually buy. SO GOOD! 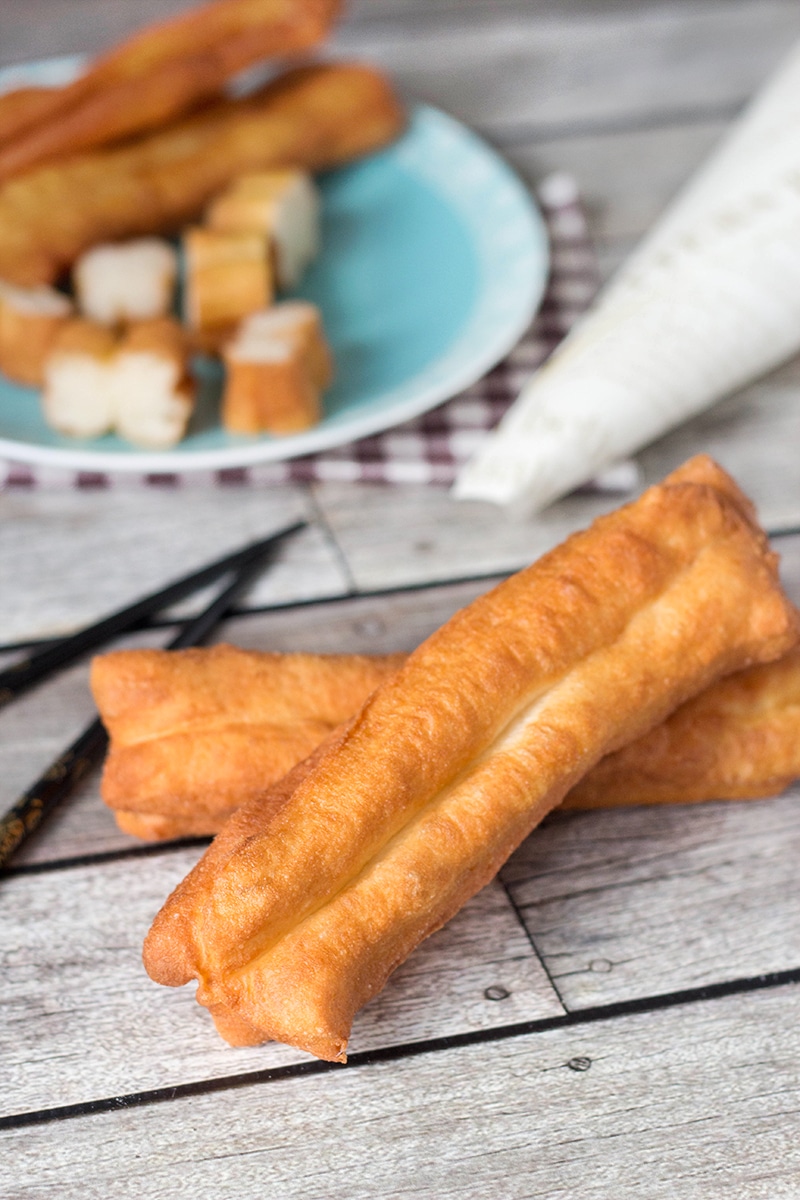 The majority of Youtiao recipes online use alum and ammonia, adding them to the dough. I guess it’s a traditional Chinese method of making the crullers. However, there are recipes that avoid these substances and I adapted one of them, by Yummy Easy Cooking. I did that, because it’s really complicated to find these ingredients in my country, and somehow I have a feeling that it won’t be easy for my readers too. 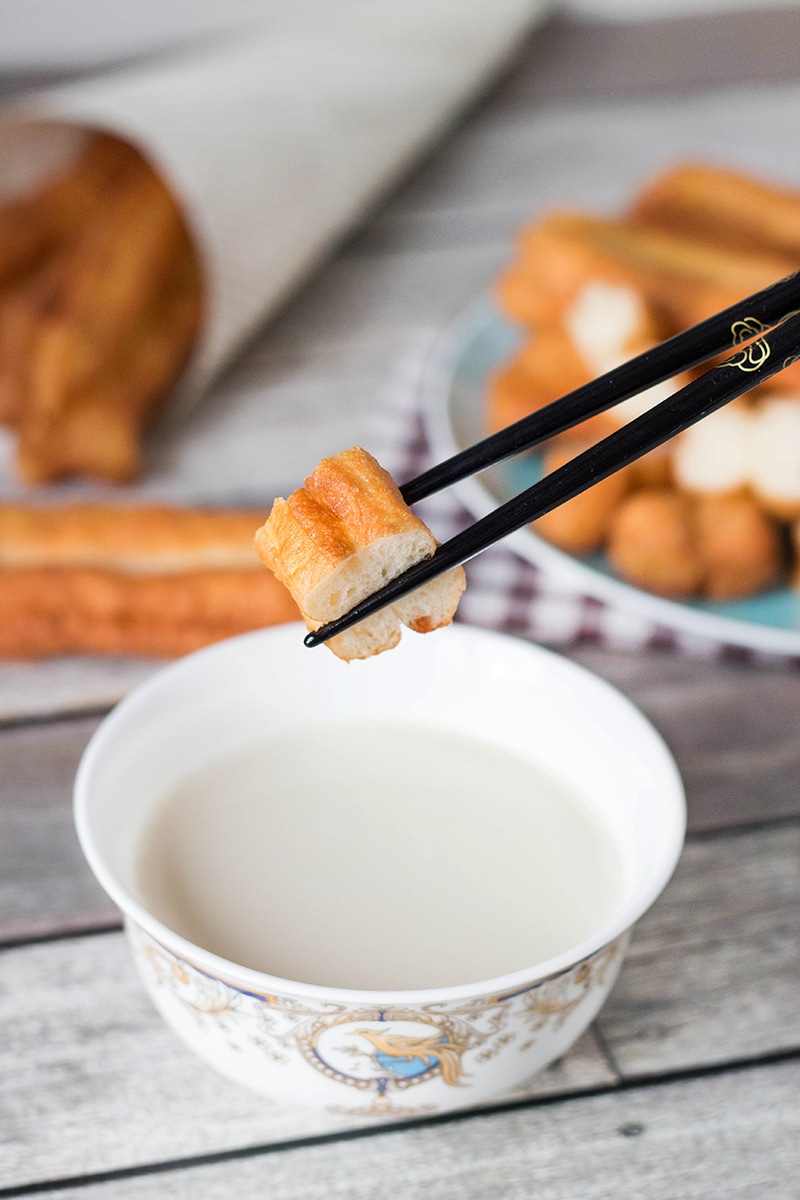 Anyway, my Youtiao turned out really great even without the alum and ammonia. Perfect snack! I loved soaking them in the warm soy milk until they absorb it. Divine. I can really understand why they are so popular for breakfast in China. I would love to wake up to such a treat every morning!