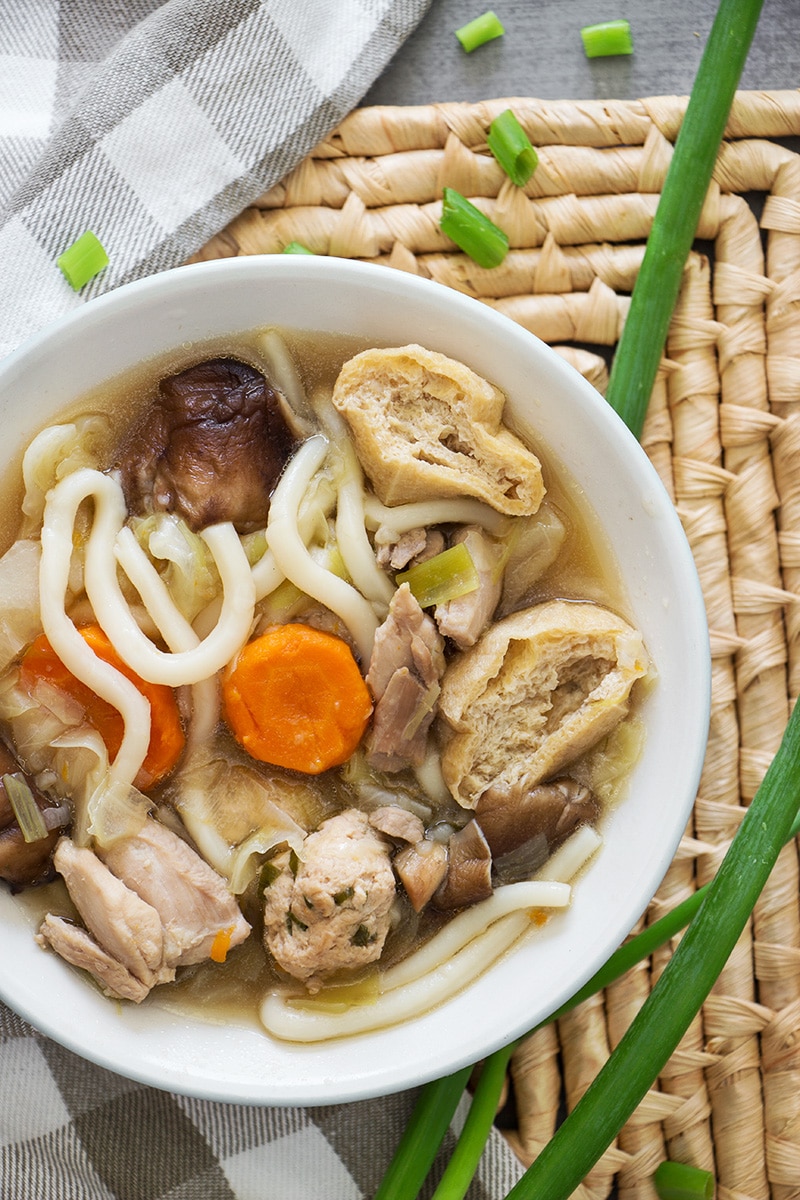 I might have mentioned that already, but I love dishes with an interesting story behind them. Right off the top of my head, I remember that Hawaiian Loco Moco has an interesting story, Kedgeree is also a good one. I am pretty sure I forgot some dishes because there are definitely more of them on the blog!

Today I have another one for you guys. A Japanese stew which is commonly eaten by sumo wrestlers (you know, those guys with “some” extra weight on them). How cool is that? It’s called Chanko Nabe and it’s supposed to be devoured in crazy amounts as a part of their weight-gain diet. Don’t worry, though. We will take it slow. 1 sumo wrestler portion equals to eight normal servings, ha! 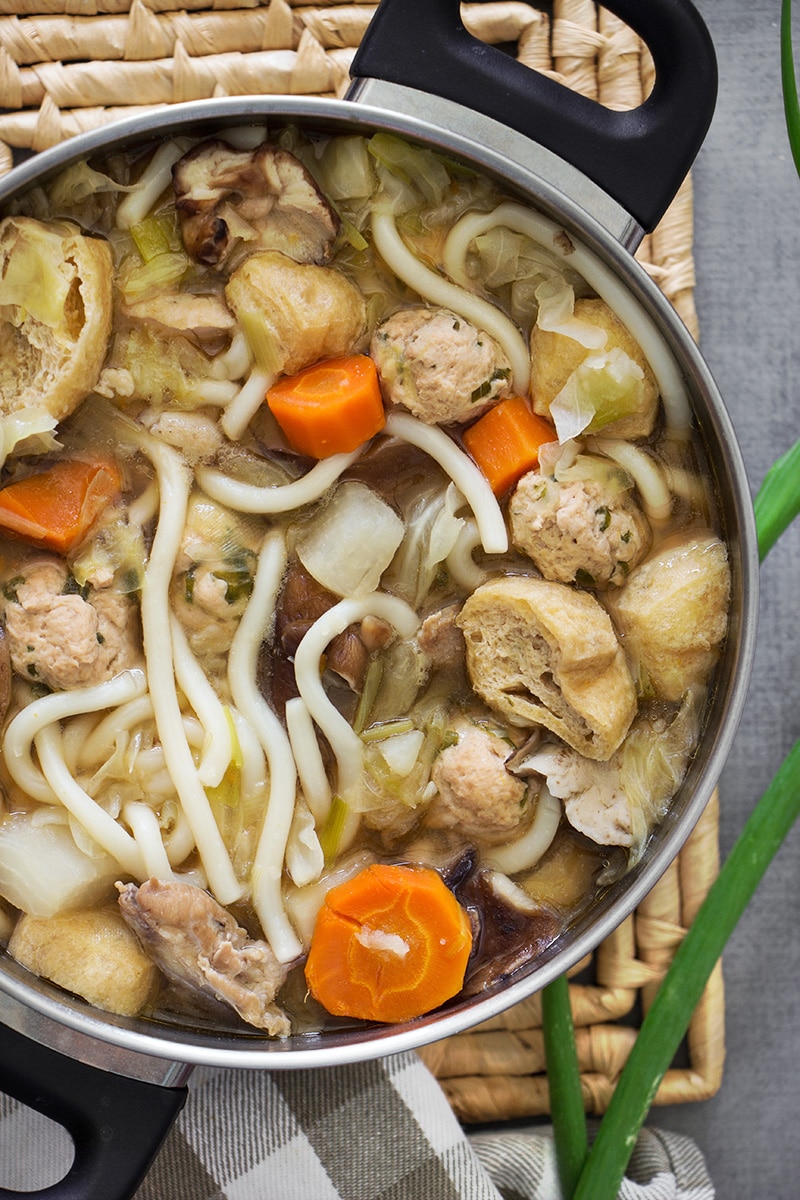 The fact that these sumo guys are so big doesn’t mean that Chanko Nabe is unhealthy. Quite the contrary. Packed with tons of veggies, protein, and cooked in a flavorful broth, it is in fact super healthy, low-fat, and good for you! Those guys just eat too much of it, that’s why.

Another interesting fact. Authentic Chanko Nabe contains only chicken meat because it’s believed that eating two-legged animals helps to keep a sumo wrestler on his feet. That’s an interesting superstition! I love such facts. They make the dish more special and I felt like a true fighter when I was gobbling up this Japanese goodness. 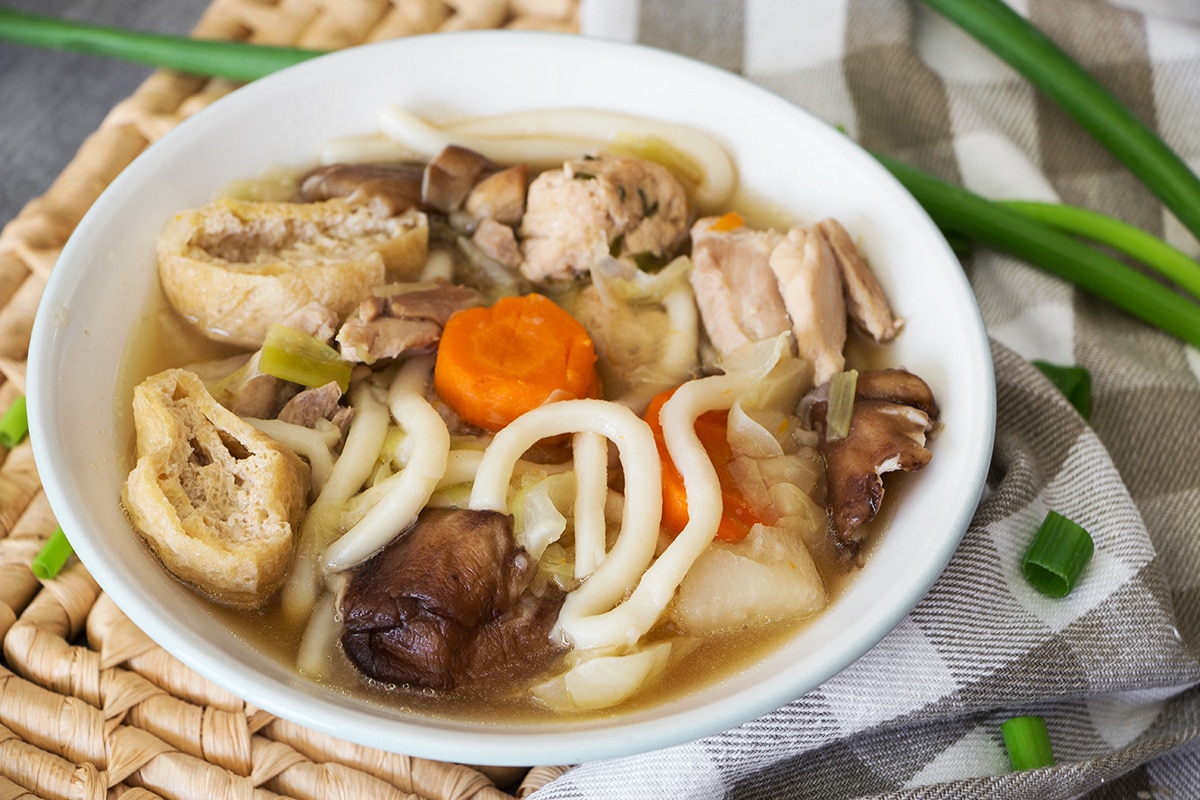 Let me tell you a little bit more about the contents of this dish. Veggies? Like I said, plenty of them. Count with me: scallions, daikon, carrots, potatoes, cabbage, and leeks! Then goes the meat. Boneless skinless chicken thighs + miso flavored chicken meatballs (really good). Also udon noodles, mushrooms, and fried tofu puffs (you’ll find them in most Asian grocery stores). Filling? You bet. Delicious? Heavenly!

It has to be mentioned that there is no fixed recipe for Chanko Nabe. Sometimes other meats such as fish or beef can be added, the set of vegetables can differ too.

The original recipe asked for a white miso paste but I was able to find only a red one. The white one is said to have a milder flavor while the red miso paste is more intense and deep. More information on different misos here (there are also yellow and black varieties). If you can get white miso, use it. Otherwise, the red miso paste will work perfectly fine for this Chanko Nabe recipe. 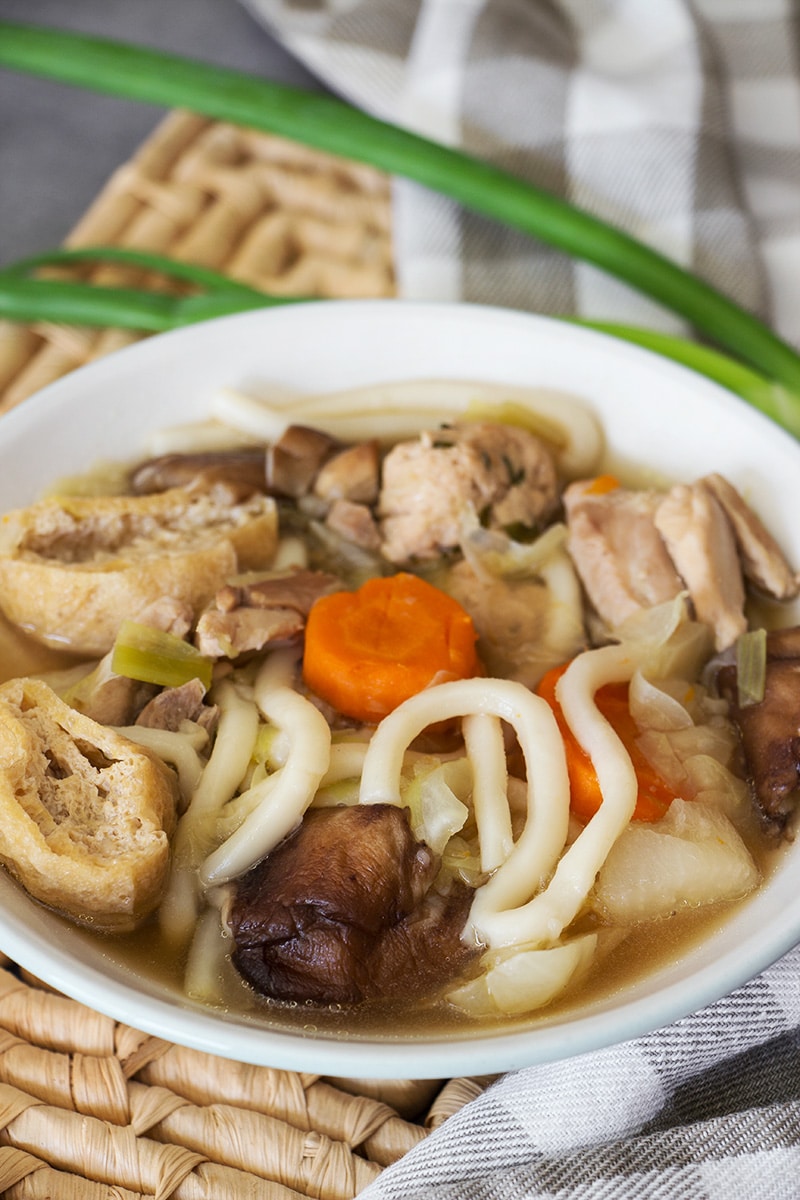 I will tell you this. This Japanese creation was worth all the effort of looking for the exotic ingredients the recipe asked for. The combination of flavors is fantastic. Filling, comforting, hearty, and different from all other stews I have tried in my life, Chanko Nabe is guaranteed to return to my kitchen!